How Lucidites Use Lucidchart: Diagrams from Quality Assurance

Welcome to another round of “How Lucidites Use Lucidchart” (if you’ve missed our other articles, check out the bottom of this page to catch up).

We’ve talked about how Lucid employees use Lucidchart to determine a product strategy, pitch new features, and design those features. Throughout that process, our Quality Assurance team works with designers, product managers, and developers to make sure our products function exactly as they should before we send those features out to you. As Senior Manager of Quality Assurance, Craig C Randall leads QA for Lucidchart, and he shared some of the ways that Lucidchart makes testing easier.

For those who may be less familiar with QA, mob testing is all about collaboration. It involves an entire scrum team working together to test a story in an organized and timeboxed session.

Each member of the team takes a specific role. There is a driver who performs the actions suggested by the navigator, a designated navigator who suggests specific actions to the driver for testing, a recorder who makes notes for all of the ideas and concerns mentioned, and other navigators who suggest an overall course of action to the testing.

Splitting out these roles allows team members to focus on the roles they have been given—it forces each person to justify individual actions and clearly think through the process. The regular rotation of those roles allows for different perspectives on the story or feature under test.

Our scrum teams use mind maps in Lucidchart during these test sessions. Since the team is familiar with Lucidchart, the regular rotation of roles (as often as every five minutes) doesn’t slow down the person recording. Lucidchart mind maps use standard shortcuts to speed up the process of adding new nodes and children. The group can record any thoughts that come out of testing into the document in real time, and later they can drag related items into swim lanes to stay organized and assess the results of their test session.

Want to try a mind map during your next round of testing? Start with our template.

As a manager, Craig needs to assign tasks and keep his team on track so feature releases happen on time. He created the chart shown below, with a lot of the same functionality as a Gantt chart, to map out tasks by two-week sprints. The colored columns represent the current sprint, and the red line represents the deadline—in this case, the team needed to complete all tasks by that deadline since there was no way to undo changes after the feature release. Craig also color-coded the horizontal bars to show progress: red marks a missed deadline, green marks tasks that are on track, etc.

In an effort to keep the QA team’s work transparent, Craig published this document using a custom link. Anyone at Lucid could go in and see the status of these stories right away. 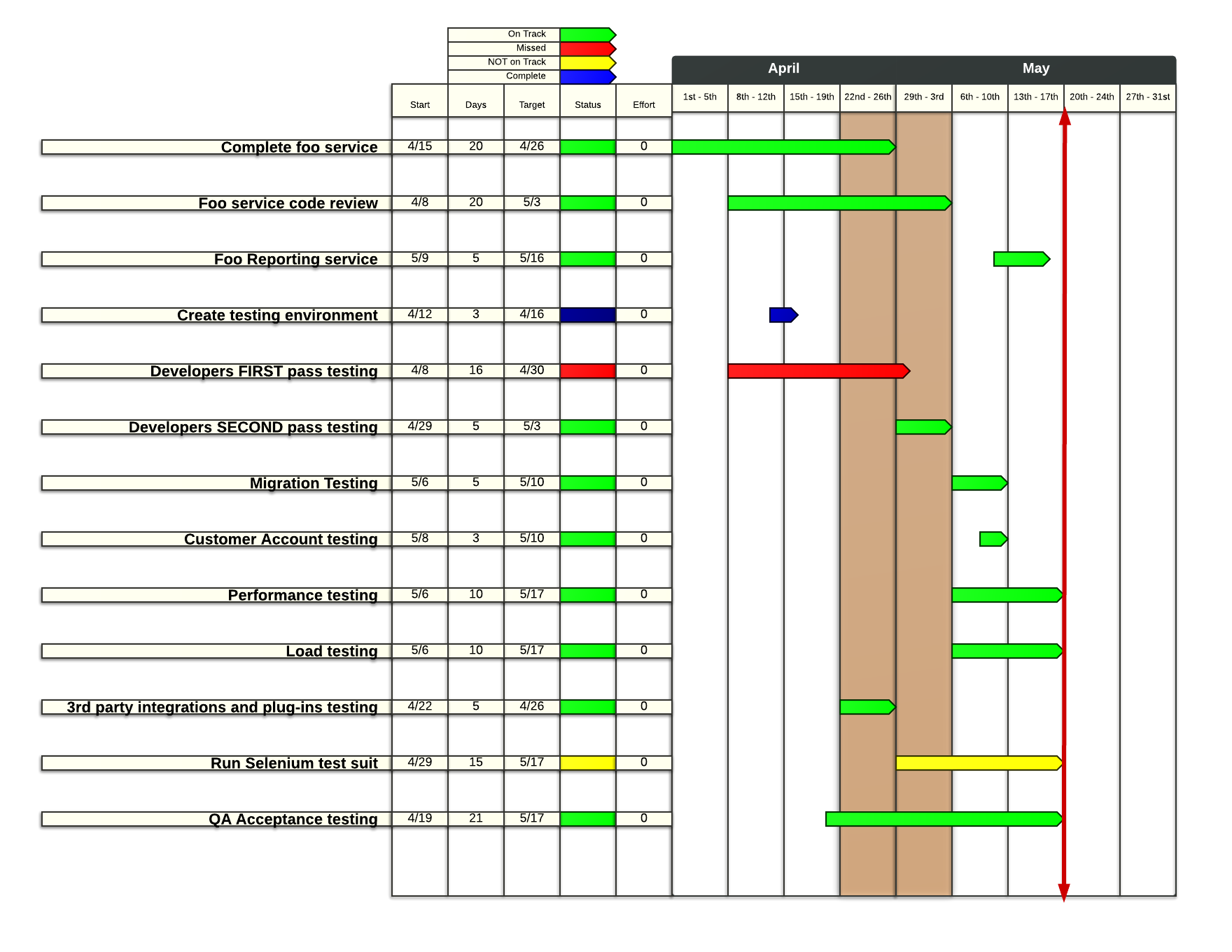 If you like this example, check out some of the other Gantt chart alternatives that you can build and manage your schedule in Lucidchart.

When someone new joins the QA team or when someone on a different team in the company wants to understand more about the QA process, Craig can easily explain the process with a flowchart. The following example demonstrates the lifecycle of a defect when a QA specialist finds a bug in the software. 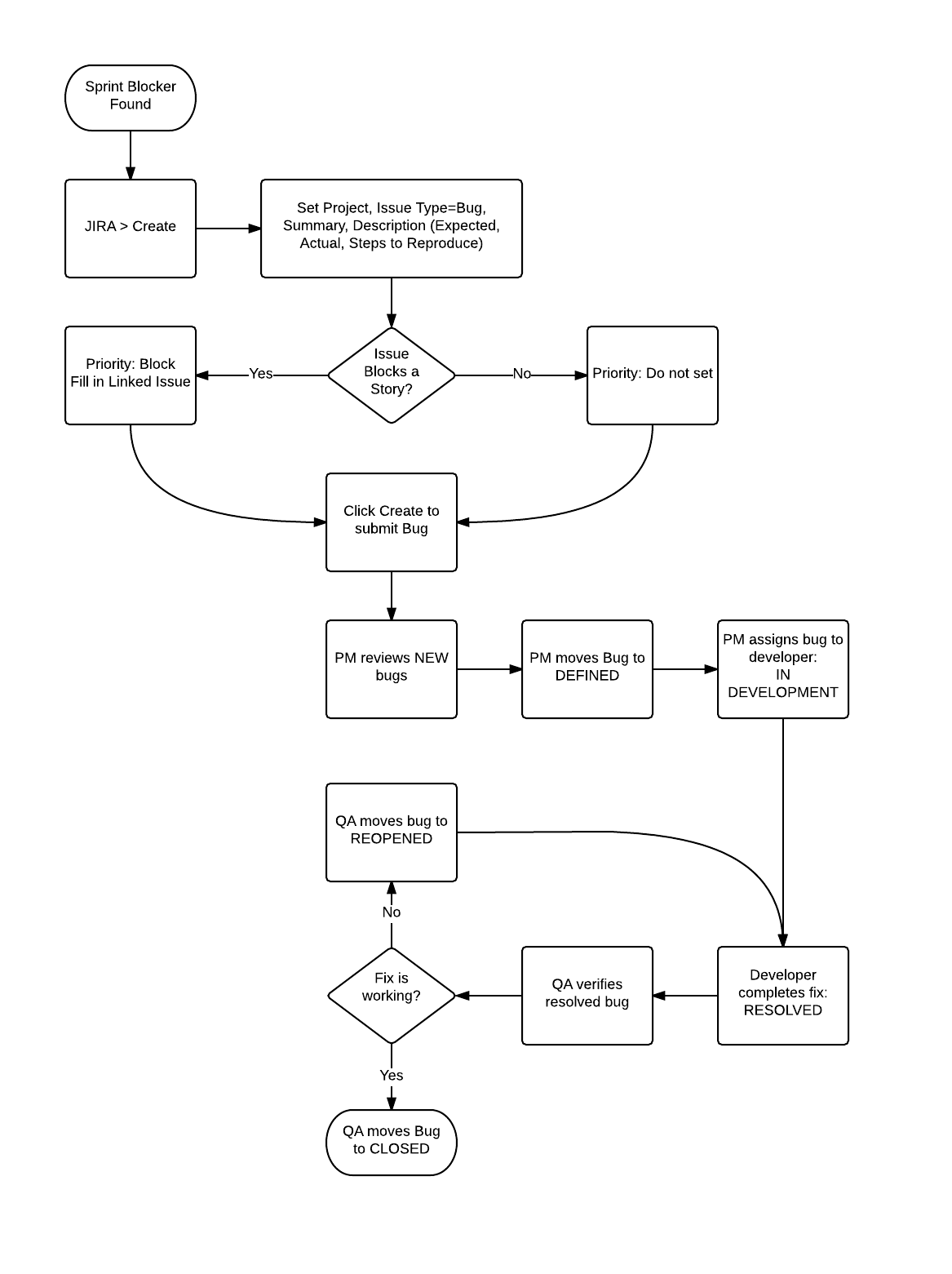 You can see the result of all these diagrams every time you log into Lucidchart. Mind maps, timelines, and flowcharts help Craig and his talented team mitigate the risk of releasing defects into your user experience.

Whether it’s used to document a bug triage process, keep up with deadlines, or educate new team members, our diagramming tool can take your own quality assurance process to higher level of clarity.

Learn how other teams at Lucid Software use Lucidchart: