COLLABORATE REMOTELY
The engineers on the Darkroom team are spread across the globe, but Lucidchart has become their digital whiteboard so they can still collaborate as if they're in the same room.
WORK VISUALLY
Lucidchart helps the team keep track of complex visual systems. Having a visual workspace helps them work through problems and identify areas of improvement.
DETERMINE UNDERSTANDING
The state of a Lucidchart diagram helps the team determine if they have a thorough enough understanding of a system. An untidy diagram means there's more work to be done.
TRANSFER KNOWLEDGE
Darkroom is able to easily onboard new employees or project contractors using their documentation in Lucidchart.

Darkroom is a small team distributed across Los Angeles and Amsterdam committed to building "the fastest, easiest, most powerful photo editor for iOS."

As a group of talented engineers dedicated to building a powerful photo editor for iOS, the Darkroom team relies on whiteboarding for creating new features and solving tough problems. But as a geographically dispersed team, they can’t just gather in a conference room—they have to make their whiteboard digital. According to CEO Majd Taby, Lucidchart is the company’s “shared, remote, collaborative whiteboard” of choice.

Taby explains that he needs to see things to think through them, rather than trying to do so abstractly in his head. But he also needs others to be a part of that process. Although Taby started using OmniGraffle to visualize his ideas, after hiring his first engineer and starting a remote team, he realized he needed a more collaborative platform. So he switched to Lucidchart.

Working efficiently with a visual workspace

When Taby and his team of engineers have a new project they are working on or a big problem to solve, they use Lucidchart to map out the current state and set the context before jumping in. He explains:

“I'm a very visual person, so it's hard for me to keep track of all the different components in a complex system, how data flows through them, what state things are in, who owns what, who's talking to who, and who knows about who. I lay out all these questions in Lucidchart, and we can talk about them.”

Lucidchart becomes the team’s workspace and central source of documentation. For example, the team will dig into a new project and start a Lucidchart document that has multiple tabs, each one thinking through a different aspect of the problem at hand. The team creates database schemas to outline different states and objects, uses sticky notes to document key insights, and builds data flow diagrams to describe communication between different systems.

“Being able to express how my brain thinks in a diagram is really important. I use it a lot for knowing who owns what, who needs to talk to who, and how something needs to traverse the object hierarchy to get there. It helps me think through all that.”

While they may be thousands of miles away from each other, Lucidchart allows the Darkroom team to collaborate in real time. Taby often shares his screen on a Zoom call to walk his team through his thinking process, and the rest of the team can all add their thoughts and comments in the Lucidchart document at the same time, creating a seamless feedback loop.

Having all of this documentation makes it easy for the team to identify changes that need to be made and implement them quickly. The alternative of pen and paper doesn’t allow Taby and his team to solve problems as efficiently or pivot as quickly. 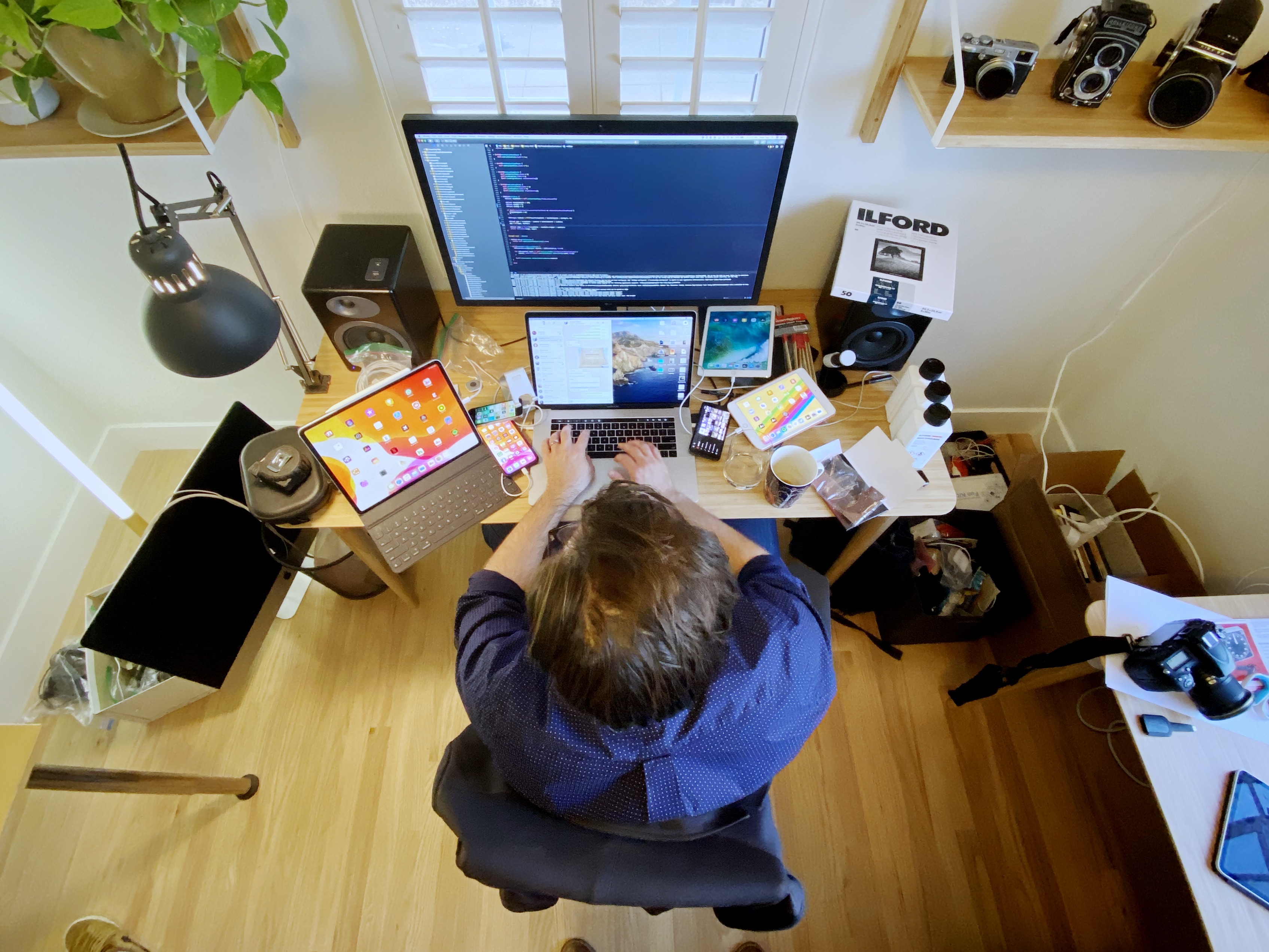 Determining the team’s level of understanding

As they work through a project, Lucidchart helps Darkroom determine if they have a thorough enough understanding of a system. According to Taby, if the diagram isn’t beautiful, there’s still investigating to be done. A well-designed system should produce a neat and tidy diagram.

“If the system is not visually beautiful, it means you don't understand how it works. So I use Lucidchart to make sure that what I'm designing is beautiful. For example, if you have too many arrows going and crossing each other, that just means you just haven't fully thought through where responsibility should lie.”

Once they have all the right information, creating beautiful visuals helps the team find patterns and identify what they need to build. And Lucidchart makes it easy for them to create these visuals quickly. Taby explains:

“I think the other tools that I've used just weren't as fast to use. Aligning shapes is easy. Adding text to lines is efficient, and lines go where I want them to go. You quickly go from a blank document to a system that is fully designed.” 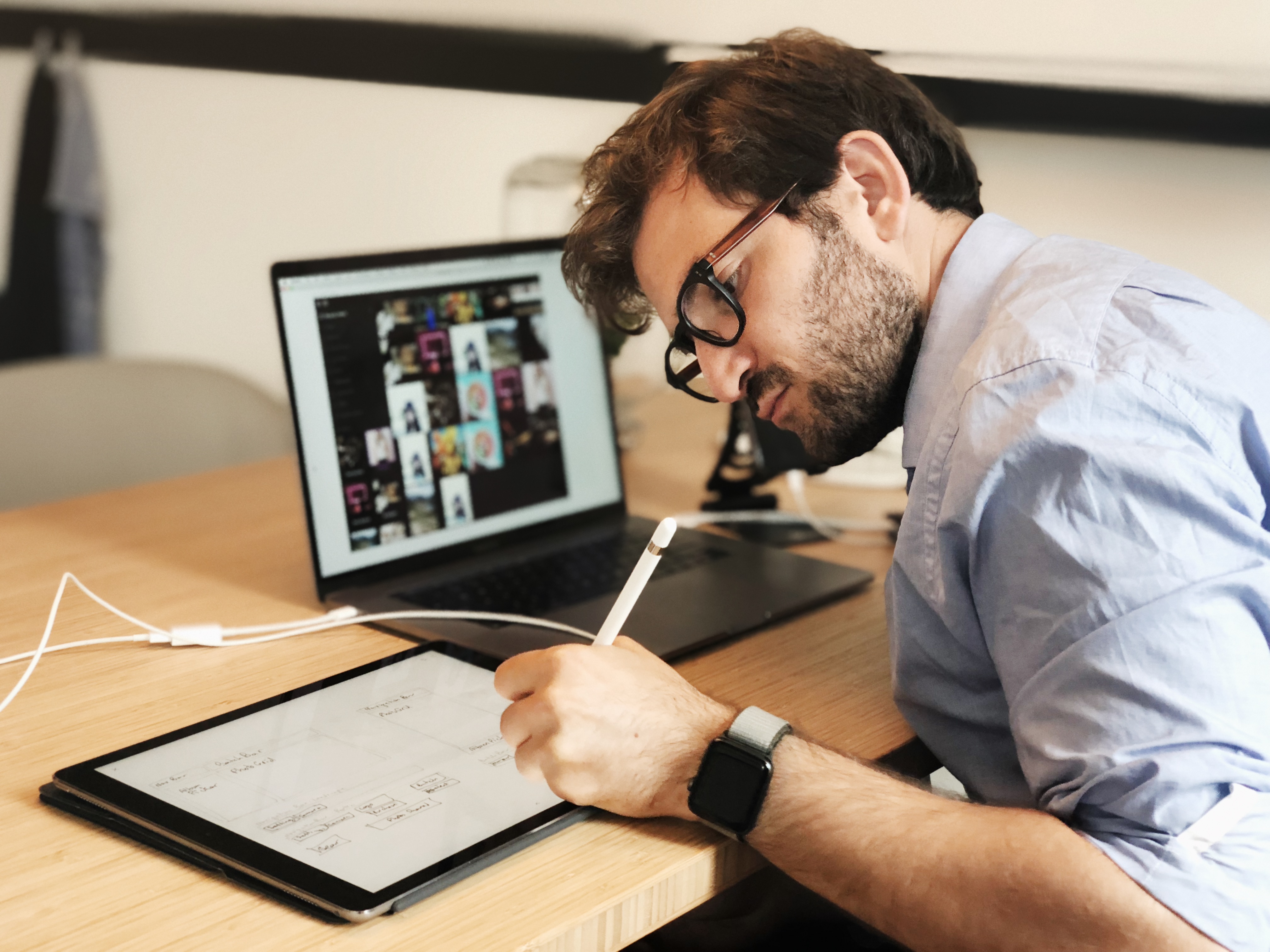 Lucidchart also plays a key role in knowledge transfer among the team. When new members join, they are able to quickly come up to speed by reviewing Lucidchart documentation and understanding concepts presented in this visual format. When a contractor is brought on board for a specific project, Taby conducts an architectural overview in Lucidchart to help them understand the current state and their role in the task at hand. Lucidchart visuals also supplement existing documentation that everyone can access, such as including Lucidchart visuals in GitHub or copying and pasting a diagram into Monodraw.

Armed with their beautiful diagrams, the Darkroom team is able to generate new ideas, efficiently solve problems, and work as effectively as if they were in the office together.