How Apt transports work, how we wrote one for S3, and how you can write your own. 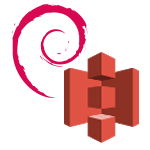 Lucid Software uses Debian packages (debs) for packaging and installation. Custom scripts download the debs from a private AWS S3 bucket. As much as we loved the quirks of homegrown scripts, we wanted to move to a use a proper Apt (Advanced Package Tool) repository and toolchain.

This required us getting Apt to work with S3.

Each protocol — http, https, ssh, etc. — is implemented as an executable, and placed in a file named by its schema in /usr/lib/apt/methods. apt-get invokes each of these executables. It sends messages to the process via its stdin and receives messages from the process via its stdout. Messages have a HTTP-like text format consisting of an initial status/command followed by several RFC-822 fields, and terminated by a blank line.

However, the Apt method documentation has omissions or ambiguity. For example, on the subject of pipelining, the documentation says only

Methods should set the pipeline bit if their underlying protocol supports pipelining. The only known method that does support pipelining is http.

“Setting the pipleline bit” is rather unclear. So I proxied the “official” http method to observe the inputs and outputs.

So “Pipeline: true” is needed for pipelining. Some more lessons:

The project has been released as apt-boto-s3. The implementation is under 250 lines of Python. See it at https://github.com/lucidsoftware/apt-boto-s3/blob/v1.0/s3.py.

See the Github repo for more information, including how to install it from our public Bintray apt repo.