When Steve Groff joined Delta Airlines, he realized that workflows had fallen by the wayside and employees couldn't find the aircraft parts they needed—but he quickly turned things around and saved "hundreds of thousands of dollars" with Lucidchart.

INCREASE EFFICIENCY
With its intuitive interface, Lucidchart helped Steve to quickly visualize workflows, identify opportunities to increase efficiency in the warehouse, and save Delta time and money.
GATHER FEEDBACK
If Steve wanted the team's buy-in, he knew he would need to involve them in creating the new process. With Lucidchart, Steve could pull up a diagram on a projector, listen to feedback, and make changes to the process on the spot.
PROMOTE ACCOUNTABILITY
Steve printed off his process flowcharts and put them up in the warehouse. Employees can now simply consult the flowcharts to make the right decisions.

Delta Airlines is a major American airline founded in 1928. Delta serves more than 180 million customers each year in 306 destinations, with key hubs throughout the United States and around the world.

Steve Groff was hired as a process engineer for the Delta Airlines maintenance hub in Minneapolis. His main responsibility was to oversee all processes related to physical materials used for airplane maintenance. Unfortunately, when Steve arrived, existing processes for using and storing materials had not been enforced for some time. The system was in disarray, and the result was inefficiency.

“We have millions and millions and millions of dollars of aircraft parts sitting around, and then we can’t find probably 20% of them because we’re not following processes that were once in place and have fallen by the wayside. We don’t hold people accountable because nobody really knows what the process is anymore.”

Delta assigned Steve to the Minneapolis plant to understand any processes being used and to determine how to improve them to decrease waste. A monumental task in itself, Steve’s role only increased when Delta decided to build and relocate to a new maintenance warehouse farther down the runway. “If you’ve ever been part of any relocation, 1,000 yards or 1,000 miles doesn’t make any difference. You still have to prep everything. My role here is the full responsibility of this relocation and the processes as far as how this is going to happen.”

Between implementing new processes and moving to a new physical location, Steve has been an advocate of big changes for Delta’s Minneapolis hub, and big changes are always a challenge.

Steve’s tool of choice is Lucidchart. 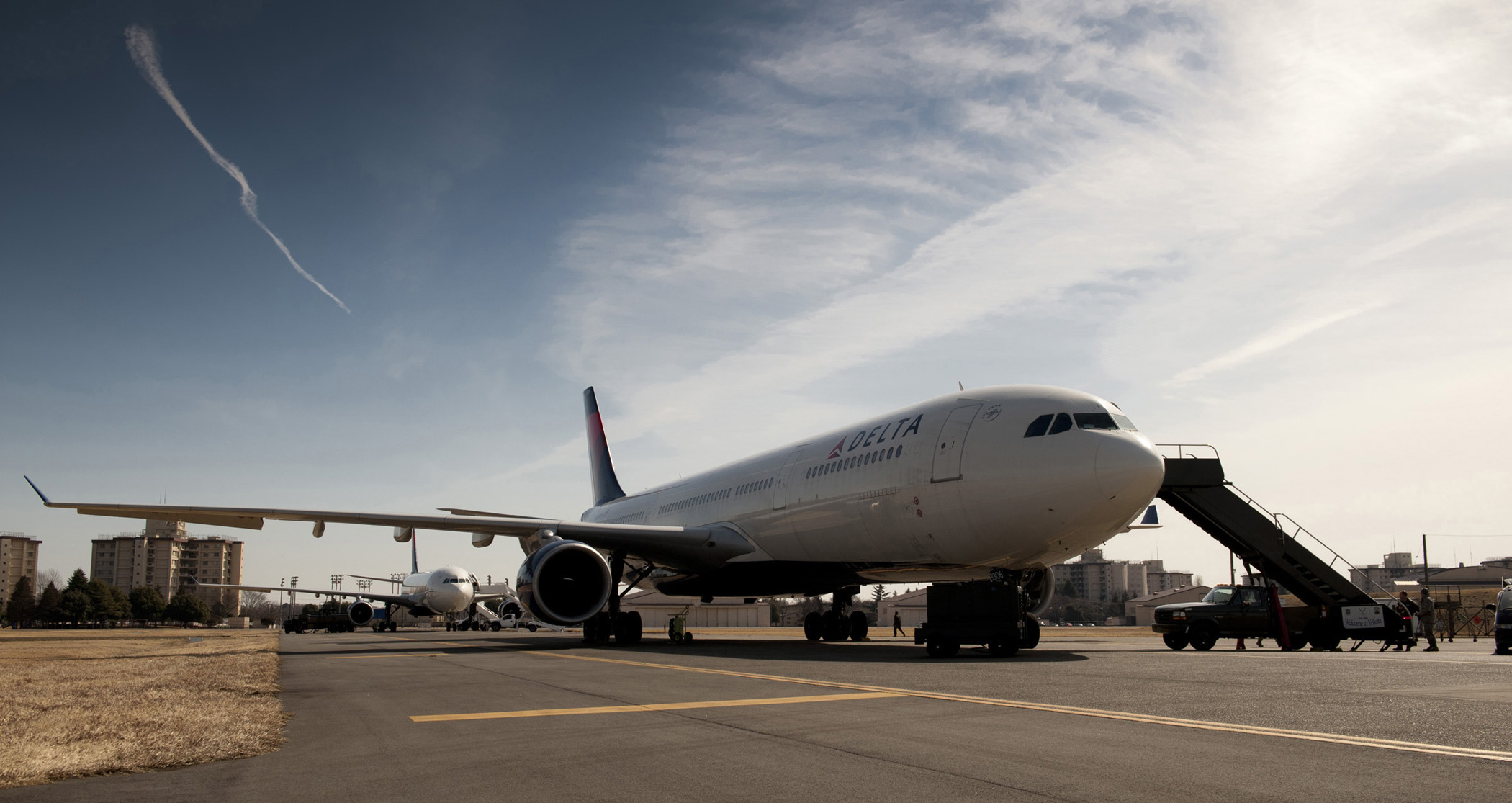 From the very beginning, Steve knew that Lucidchart was going to fit his needs. “As soon as I saw Lucidchart, it was exactly what I needed it to be. It was as interactive as I needed it to be and wanted it to be. And it allowed me to do everything I had going on in my head, but I was able to do it right there on the computer.”

Steve built a process in Lucidchart that the Minneapolis plant uses to increase inventory accuracy. As employees sort through airplane parts, they have to decide where the parts belong. Some parts don’t have ID tags or are rarely used at the Minneapolis plant. Rather than coming to Steve every time they need to make a decision, they are able to consult the flowchart that Steve built, which increases worker productivity and efficiency.

“If I’m not here, I can give them this diagram or process flow, and they know exactly what they need to do. I don’t need to be there by their side, holding their hand, saying, ‘Well, if you run into this problem, here’s what you do.’ They have it all right there.”

When he needs to adjust a process, Steve loves Lucidchart because it allows him to quickly record feedback from co-workers across the company. “I use Lucidchart rather than having everybody sit around a table, shoving a sheet of paper in front of them and saying, ‘Write down what you want to change,’ then taking all of their feedback, putting it into a diagram, and coming back a week later only to have everybody say, ‘No, no, that’s not right.’ Instead, I can put Lucidchart on a projector in a conference room, listen to feedback, and put the whole process together right there in a matter of 20 minutes.”

After collaboratively designing a new process, Steve prints it off and puts it up in the warehouse where everyone can see it and adhere to it. “We’ll print out huge murals on the wall that show the process. It keeps things visual. It keeps people on task. It keeps people doing their job and doing it correctly.”

According to Steve, Lucidchart has helped the Minneapolis plant strive for continual improvement, adopt new processes quickly, and save time and money.

As circumstances change, work processes must adapt for optimal productivity. Because of this, it is important for Steve to use a platform that allows him to be flexible.

“Process engineering is never complete because processes are constantly changing and evolving. That’s why I use Lucidchart—because it’s no big deal to move a part of your process or include a little description box or whatever you need. It has been very helpful as far as making sure that everyone is on the same page.”

Lucidchart also helps Steve to build professional relationships and generate buy-in when processes change. “Everybody has great ideas, and once you show people that you are creating your process on the fly with everybody’s ideas and not just your own, it allows them to get more involved or to feel more welcomed. If you give people that sense of ‘your opinion counts,’ and as long as people know you want their input, people are more than happy to help out.”

This concept was especially important when Steve first started at Delta. “When I came in, I still had to prove myself, so a lot of people didn’t really want to participate. After getting people to buy into what’s going on and showing them that these processes will improve their lives and that I’m not just here to stir the pot, the relationships got to be much better. When people are participating, they are much, much friendlier. Creating ideas together means much more than walking by and saying, ‘Hiya, how are you doing?’”

When all is said and done, Steve believes that Lucidchart has increased Delta’s bottom line by saving both time and money at the Minneapolis plant.

“You could say that getting people to understand a process just by looking at a diagram rather than searching through written-out instructions has saved us hundreds, thousands, tens of thousands, hundreds of thousands of dollars depending on how far reaching the process extends. For me, Lucidchart is just invaluable.”

Use Lucidchart to document and optimize your processes.