What is an Entity Relationship Diagram (ERD)?

What are your ERD needs?

Learn the essentials of ER Diagrams and ER Models, along with their origins, uses, examples, components, limitations and guidelines on how to draw them using our ER diagram tool. 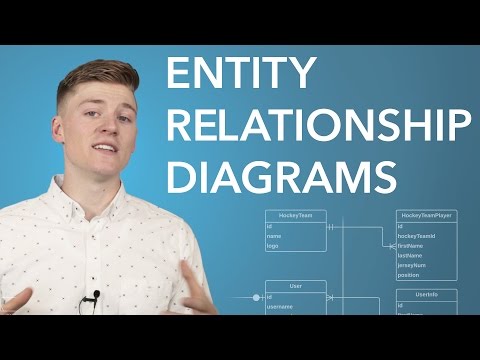 An Entity Relationship (ER) Diagram is a type of flowchart that illustrates how “entities” such as people, objects or concepts relate to each other within a system. ER Diagrams are most often used to design or debug relational databases in the fields of software engineering, business information systems, education and research. Also known as ERDs or ER Models, they use a defined set of symbols such as rectangles, diamonds, ovals and connecting lines to depict the interconnectedness of entities, relationships and their attributes. They mirror grammatical structure, with entities as nouns and relationships as verbs.

By the 1960s and 1970s, Charles Bachman (above) and A.P.G. Brown were working with close predecessors of Chen’s approach.  Bachman developed a type of Data Structure Diagram, named after him as the Bachman Diagram. Brown published works on real-world systems modeling.  James Martin added ERD refinements. The work of Chen, Bachman, Brown, Martin and others also contributed to the development of Unified Modeling Language (UML), widely used in software design.

ER Diagrams are composed of entities, relationships and attributes. They also depict cardinality, which defines relationships in terms of numbers. Here’s a glossary:

A definable thing—such as a person, object, concept or event—that can have data stored about it. Think of entities as nouns. Examples: a customer, student, car or product. Typically shown as a rectangle.

Entity type: A group of definable things, such as students or athletes, whereas the entity would be the specific student or athlete. Other examples: customers, cars or products.

Entity categories: Entities are categorized as strong, weak or associative. A strong entity can be defined solely by its own attributes, while a weak entity cannot. An associative entity associates entities (or elements) within an entity set.

Attribute categories: Attributes are categorized as simple, composite, derived, as well as single-value or multi-value. Simple: Means the attribute value is atomic and can’t be further divided, such as a phone number. Composite: Sub-attributes spring from an attribute. Derived: Attributed is calculated or otherwise derived from another attribute, such as age from a birthdate.

Following are examples of ERD diagrams made in each system.

Note that similar detail and scope levels exist in other types of diagrams, such as data flow diagrams, but that it contrasts with software engineering’s three schema approach, which divides the information a bit differently. Sometimes, engineers will branch out ER diagrams with additional hierarchies to add necessary information levels for database design. For example, they may add groupings by extend up with superclasses and down with subclasses.

Lucidchart lets you easily create ER diagrams, with smooth placement of shapes, lines and labels. With all editing taking place in the cloud, it’s easy to collaborate with colleagues. You can share your diagram digitally or via print.