All About Mind Maps

What do you want to do with mind maps?

With professional mind mapping software, you can better learn and retain important concepts and ideas.Learn the essentials of mind mapping, including the history of mind maps, what the research says about them, how they're used, and how to draw one.

Want to create your own mind map? Try Lucidchart. It's fast, easy, and totally free.

What is a mind map?

A mind map is a free-flowing depiction of thoughts that branch out from a central concept. The diagram’s visual organization promotes brainstorming of ideas, effective note taking, stronger retention and impactful presentation. Mind mapping ranges from simple to elaborate, and may be either hand-drawn or computer-drawn. Depending on your purpose and time, the mind map can include artful, purposeful elements like pictures, drawings, curvy lines of varying thickness and multiple colors. 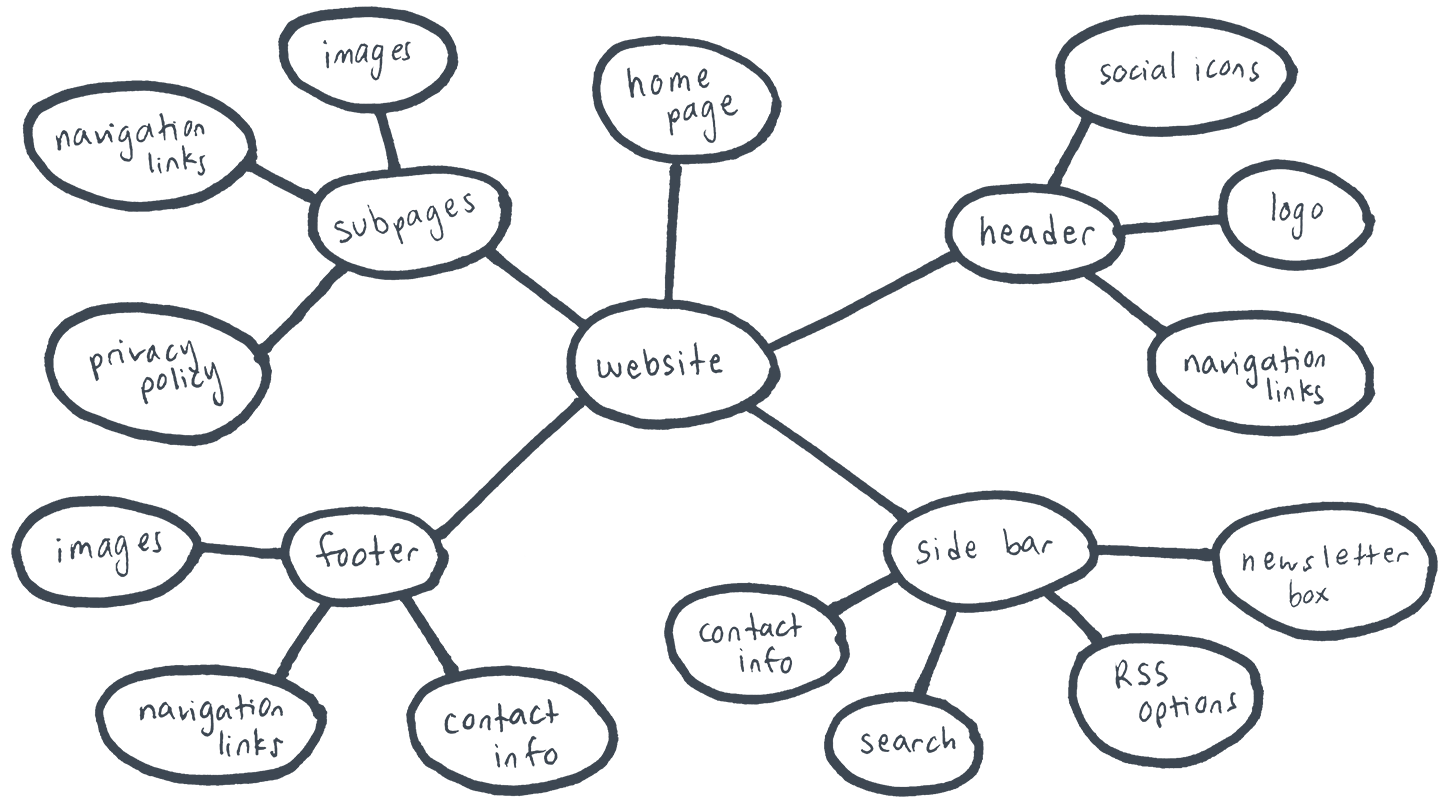 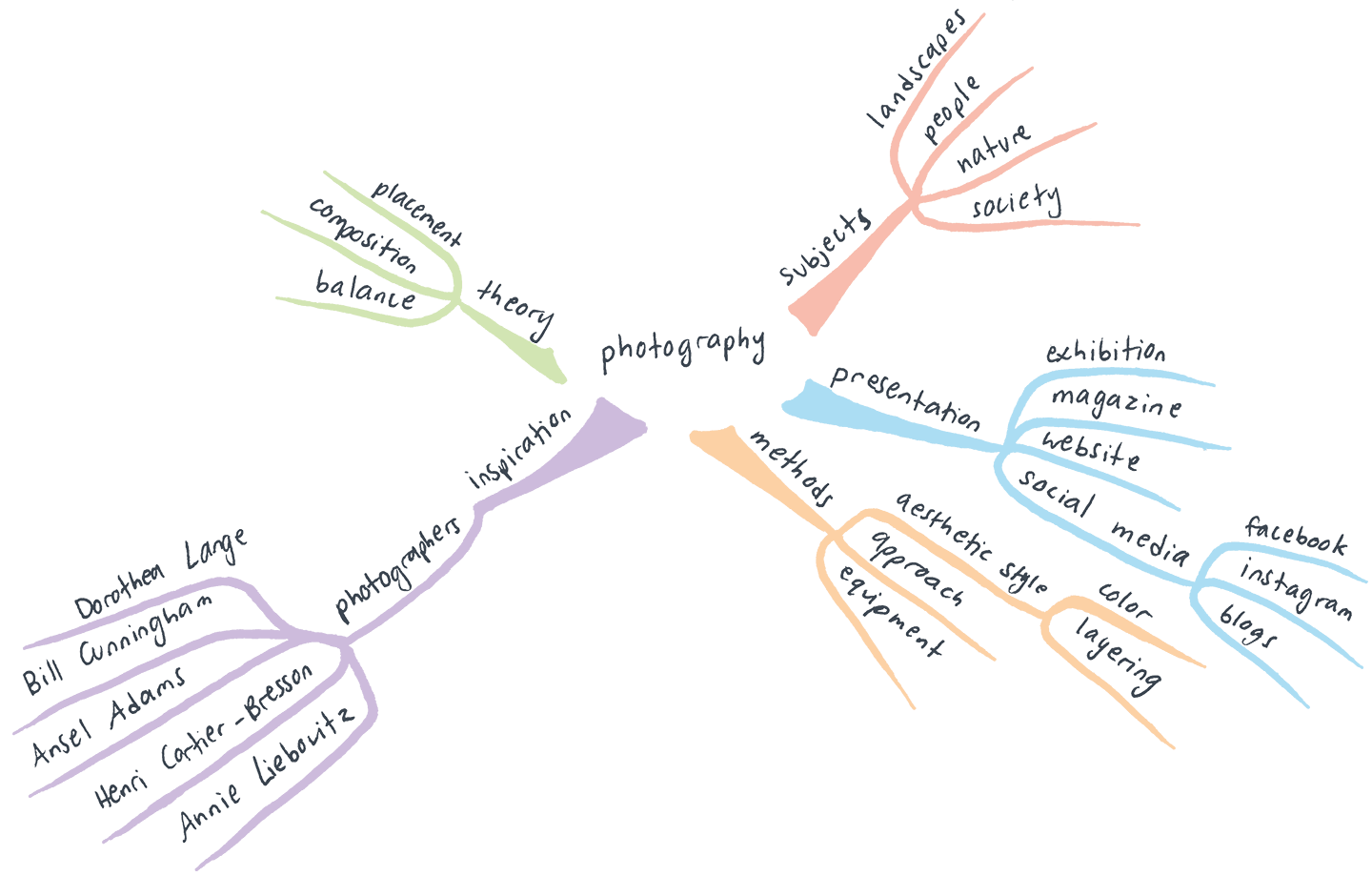 For a use case like real-time note taking or brainstorming, it may quickly and simply show how ideas, often expressed in just one to three words, radiate out from a central theme. A platform like Lucidchart allows this to occur intuitively, with items automatically resizing and rearranging. With more time, the diagram can become more artful and powerful in its impact. It may even become art. Other terms for mind maps are idea maps, spray diagrams, and radial trees.

British author and TV personality Tony Buzan popularized the term “mind map” in the 1970s in his BBC TV series, Use Your Head, and in his books, such as Modern Mind Mapping for Smarter Thinking. However, the concept of visually mapping out ideas dates back much further.

Porphyry of Tyre, a third century philosopher in Greece and Rome, is credited with visually mapping Aristotle’s Categories. His invention, the Porphyrian Tree, didn’t include illustrations, but other thinkers added those later. In the 13th Century, philosopher Ramon Llull also used this type of diagram, including an illustrated Porphyrian tree.

Many famous thinkers and innovators throughout history have been noted for organic, curving notes, often including drawings and doodles. These include Leonardo da Vinci, Michelangelo, Albert Einstein, Marie Curie, Thomas Edison and Mark Twain.

In the 1950s came the introduction of the semantic network, a theory of how people learn and the semantic relationships between concepts.  In the 1960s, the theory was advanced by Allan M. Collins and M. Ross Quillian. In the 1970s, learning experts developed concept maps, which have a radial structure but aren’t organized around a central concept like mind maps are. Meanwhile, Buzan has said his mind map approach was inspired by Alfred Korzybski’s general semantics, popularized by science fiction writers such as Robert A. Heinlein and A.E. van Vogt. Buzan has said people often absorb information in a non-linear fashion, not always left to right and top to bottom, and mind maps are designed to play to that.

Several studies have shown that mind maps can promote better retention of ideas and relationships, given the diagrams’ visual impact. Tony Buzan says retention is further increased by interesting use of pictures, curvy lines, purposeful colors and few words. Here’s a sampling of the studies:

In other research regarding mind maps:

How to draw a mind map

Lucidchart lets you easily create mind maps with its simple software that automatically resizes or rearranges your map as you add to it. With all editing taking place in the cloud, it’s easy to collaborate with colleagues on mind mapping. You also can import images and share your diagram digitally or via print.

Want to create your own mind map? Try Lucidchart. It's fast, easy, and totally free.