What are common reasons for network downtime?

We’ve all experienced it. You finally find a block of time to be productive, you’re getting a lot of work done, and the network goes down.

Unplanned network downtime can cost companies of any size a lot of money. Even a short amount of downtime can cost thousands of dollars per minute in lost revenue. For example, even if your network runs 99% of the time during a given year, that means you’ll still experience about three and a half days of network downtime, which can translate to millions of dollars of lost revenue.

In addition to lost revenue, productivity is lost, unsaved work and files can be lost, customers can get angry and lose confidence, your brand’s reputation could be damaged, employees can feel anxious about getting their work done, and a lot of pressure is placed on the IT staff to get things up and running. And, after the network is back up, it can take 20 minutes or more for employees to regain focus and get back to work.

Here are some of the common reasons why networks go down. Knowing this information can help your company’s management and IT professionals prepare for and develop plans to prevent network downtime.

Here’s a list of some of the most common reasons for network downtime from human error to hardware failure.

Humans are not perfect and we sometimes make mistakes. IT professionals are expected to keep the networking running at all hours of the day every day. Many of you work on-call and have to respond to emergencies at odd hours. Networks don’t always have the courtesy to break down during business hours.

Interrupted sleep and pressure to resolve the problems as quickly as possible can take a mental and physical toll on your IT team. Just the number of network alerts IT you get throughout the day can be overwhelming as you try to prioritize the work that needs to be done. Each alert is an interruption. Each interruption is a distraction that causes you to switch tasks. Studies show that it can take 23 minutes for people to refocus and to get back on task.

Working odd hours, never knowing when an emergency will come up, frequent interruptions, and the pressure of getting the network up and running as quickly as possible can be very stressful. And stressful situations can lead to missing crucial steps and making poor decisions that cause network errors.

Stress can be reduced by implementing automation that prioritizes work and that can fix common and routine errors.

If your IT staff is spread too thin and you don’t have the resources to monitor the network around the clock, manage upgrades, and perform other necessary tasks, your network is vulnerable to human error and is prone to network downtime.

If you are able, you can hire more people. Another solution is to contract with a network operations center (NOC) for 24x7 network monitoring.

Nothing lasts forever. You never know when, how, or why hardware will fail, but it will fail eventually. The older your computer equipment, the greater the chance that it will fail.

Software updates and patches have the potential to cause network outages, especially if the hardware is incompatible, you don’t have the correct drivers installed, or you haven’t updated drivers. Software failure can corrupt applications which in turn can bring down the network. And eventually, all operating systems need to be upgraded to a new version.

You can help to minimize or prevent the impact of network downtime caused by hardware and software issues by having upgrade plans in place, testing software patches before implementing, and expanding the storage capacity as needed. All updates and upgrades should be performed during times that employees are least likely to access the network.

When hardware and software configurations are done incorrectly, they can cause significant downtime. A University of Michigan study found that configuration errors and software/hardware upgrades accounted for more than one-third of the network downtime caused by routers. For example, router configuration errors can break your internet connection, web-browsing services, and other network services that may be crucial to your company’s day-to-day operations.

You never know when a power outage will knock out your network or how long it will be before the power comes back. The power can be out for minutes, hours, or days depending on what caused the outage.

In addition to a temporary halt in production, a power outage can also cause:

To help safeguard your network from power losses, install surge protectors to absorb excess voltage and use an uninterruptible power supply (UPS) to supply power to your network until the power comes back. Be sure your UPS system is maintained and tested often so you can depend on it during a blackout.

You may want to consider installing solar panels to generate power independently from the local power grid. The combination of solar panels and battery storage can keep you up and running even when it’s dark or overcast.

Networks are also susceptible to earthquakes, fire, tornadoes, and floods. While these types of disasters happen with some frequency around the world, you may be surprised to learn that only five percent of network downtime is caused by natural disasters.

You can help to prevent data loss and downtime caused by natural disasters by investing in offsite fault tolerant systems and by migrating to the cloud.

Attackers also may employ ransomware to hold your information hostage. On average, the downtime caused from ransomware attacks is 16 days.

Network downtime can be annoying and frustrating to any organization. Lost revenue and lost data caused by network outages can damage not only your bottom line, but also relationships with customers and partners.

Fixing problems and trying to stay ahead of new issues and threats can be stressful and physically exhausting to your IT team. Partnering with an NOC or using a network diagram tool to remain vigilant in your own network monitoring, keeping software and security patches up to date, keeping your IT fully staffed, and updating your network goes a long way to help you keep network downtime to a minimum. 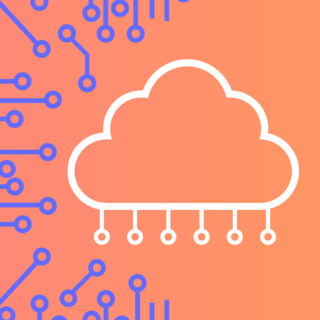 Take the next step and learn how to host a downtime postmortem.