You could say that the modern world runs on databases. Whether it’s a CRM, an online market, or a medical records software, virtually all businesses uses databases to track and serve their contacts, customers, or patients.

With data at the heart of every transaction and every query, designing efficient databases becomes an absolute priority to keep operations running smoothly (no pressure). Fortunately, there are many tools that can help engineers to design, document, and troubleshoot databases quickly. For example, consider entity relationship diagrams (ERDs).

ERDs help engineers visualize relationships between the many elements that are part of a system so they can make intelligent decisions about their work. Consequently, anyone planning on entering the field of database management or on working closely with database engineers should be well-versed in the basics of ERDs.

If you’re in need of a crash course or a quick refresher, we’ve put this guide together for you. Take a minute to brush up on your ERD savvy so you’ll be ready for your next database adventure.

Looking for a quick and easy way to build and share ER diagrams with your team? Try collaborative diagramming in Lucidchart!

Before you look at specific symbols, it's important to understand the basics of ER diagrams. There are several ways to model entity-relationship diagrams depending on the amount of detail you want to provide.

The most high-level ER diagram is a conceptual data model followed by the logical data model. The lowest-level diagram—and therefore the most detailed—is the physical data model. Consult the chart below to see which diagram elements are included in each data model. 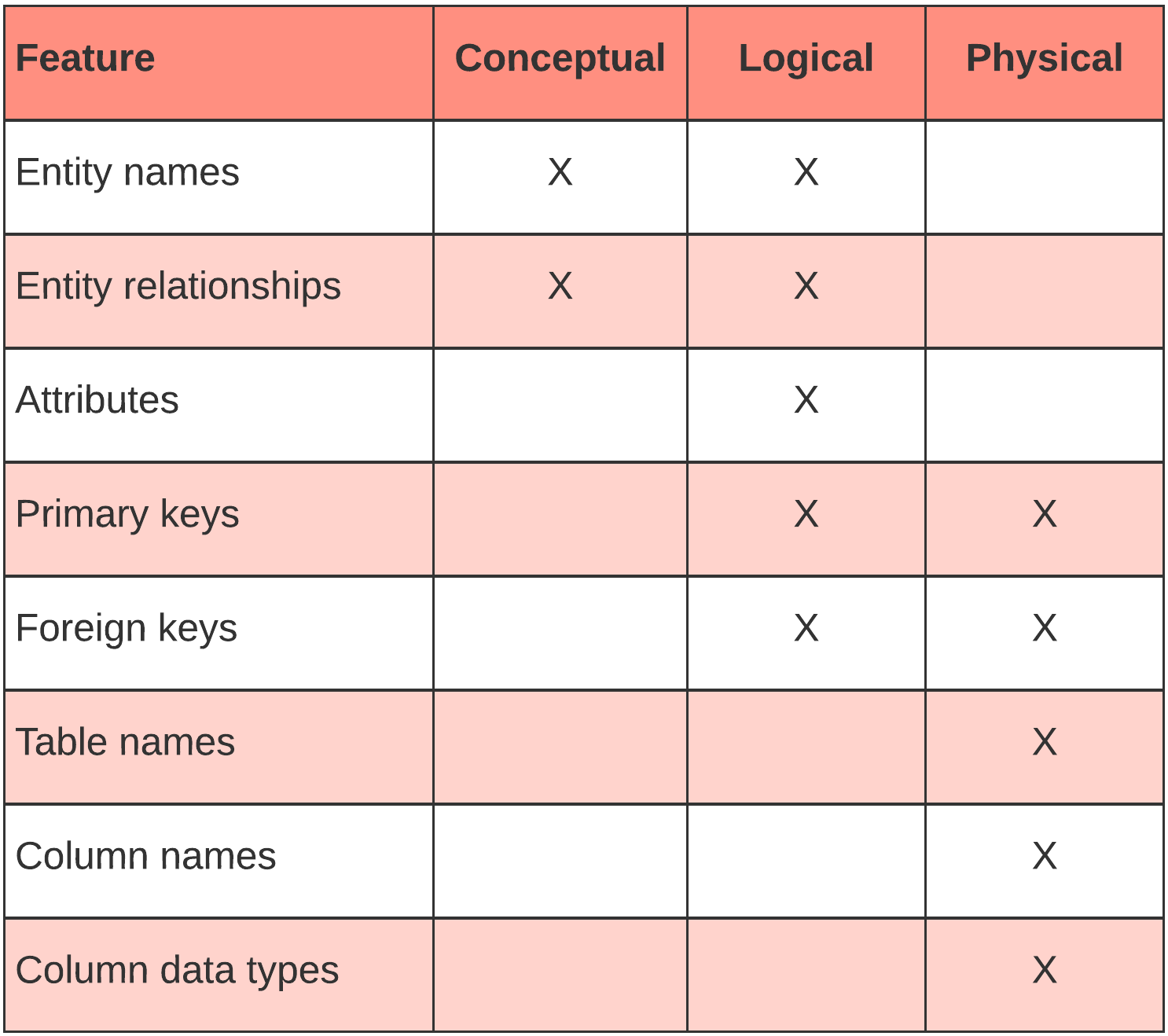 This ER model establishes a broad view of what should be included in the model set. Conceptual data models:

Conceptual ERDs can be used as the foundation for logical data models. They may also be used to form commonality relationships between ER models as a basis for data model integration.

This model contains more detail than the conceptual ER model, without regard to how information will be physically implemented in the database. Logical data models:

Normalization is the process of removing redundancy in a table so that the table is easier to modify. Normalization typically occurs by dividing an entity table into two or more tables and defining relationships between the tables.

Get started with this template

Build a data model in Lucidchart

These symbols are generally used for conceptual data models, although some aspects may spill over into logical data models. They can be found in the UML Entity Relationship and Entity Relationship shape library of Lucidchart. If you don't see the shape you need, use an image file (Lucidchart supports PNG, JPG, or SVG import) or create your own with our existing shapes and styling options.

Entities are objects or concepts that represent important data. They are typically nouns, e.g. customer, supervisor, location, or promotion.

Relationships are meaningful associations between or among entities. They are usually verbs, e.g. assign, associate, or track.

Relationships illustrate an association between two tables. In the physical data model, relationships are represented by stylized lines. 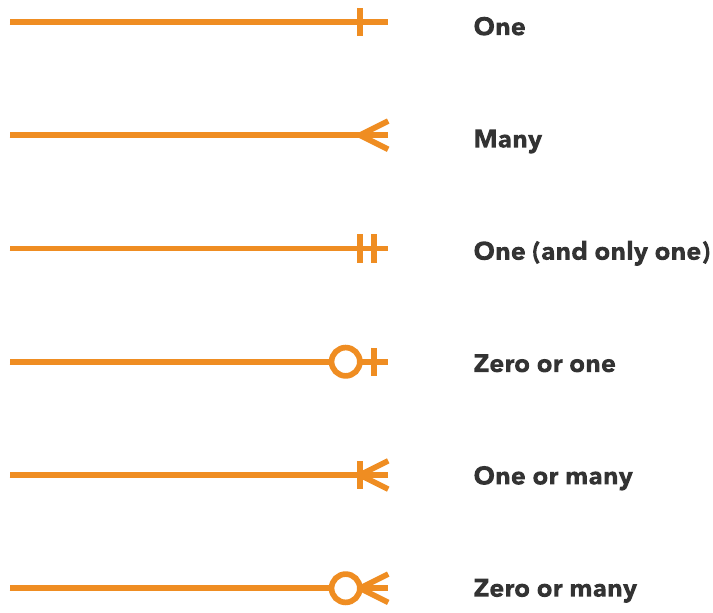 Make an ERD in Lucidchart

Now that you’re all caught up on ERD symbols and notation, try building your own ER diagram in Lucidchart. It’s free to use and offers every standard entity relationship shape so you can quickly build professional ER diagrams. When you’re done, export your design to MySQL, PostgreSQL, SQL Server, or Oracle to instantly generate a database. For extra credit, take a screenshot of your diagram and share it with us in the comments below (minus proprietary information of course)!