How to visualize your branching strategy

In the world of software development, speed and agility is king. But for a team with multiple developers, branching and merging code can easily become messy and time-consuming—threatening not only the team’s ability to ship code quickly but also making it hard to manage versions and ensure clean code from start to finish.

That’s where a branching strategy comes in.

In this article, we’ll cover what a branching strategy is and how you can visualize the strategy to effectively understand and implement it across your DevOps team.

What is a branching strategy?

DevOps teams working together on the same codebase need to share changes with each other, but without a clear strategy, it is challenging to efficiently merge versions without disruption. A branching strategy addresses this problem by creating a clear process for making changes to source control and enabling teams to work in parallel for faster releases and fewer conflicts.

Your branching strategy should:

What are some branching strategies?

There are multiple branching strategies to choose from (or combine) to organize your workflow. Here are two of the most common:

Feature branching is when developers open a branch for each new feature they work on. This approach allows developers to work concurrently on separate issues. Each team can work on their task and merge their changes into the mainline when they’re done. By waiting to merge the feature branch until the feature code is finished, it condenses the risk to one integration.

This is why feature branching only works well when teams branch and merge frequently. Leaving feature branches up for extended periods of time can isolate developers from the mainline, introducing complexity and potential conflict with other branches and code changes.

To avoid this conflict, teams should plan to test and merge their feature branches often—daily when possible. Continuously testing and integrating code allows teams to “fail fast” so they can make needed adjustments to the code and ship a higher quality product more quickly. 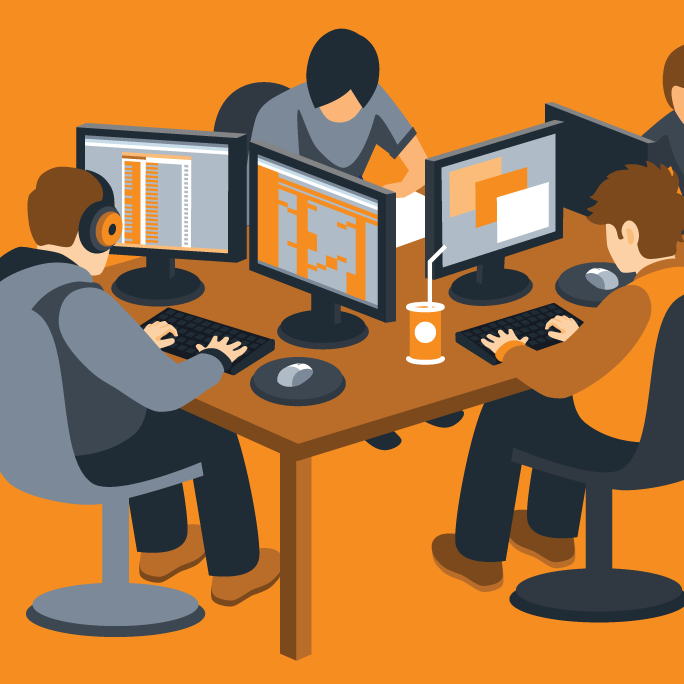 Release branching involves creating a branch for each new release, containing all the applicable stories. Release branching is an effective strategy when your team needs to support multiple releases or patch versions over time.

However, working on a lot of releases at once is challenging and can lead to instability in your codebase and confusion for the team. It can also create extra work for developers as they must maintain and merge changes for multiple parallel versions.

How to visualize a branching strategy

Whatever branching strategy you follow, you’ll need a clear map to visualize your plans and clarify your workflows. Visualizing your branching strategy will help the team quickly understand the processes and keep everyone on the same page so you can avoid costly delays or conflict.

Use a whiteboard or diagramming software to map out your branching strategy:

The master branch represents your mainline code and production releases. All changes and development work will integrate into this line.

Draw a line and add circles or points along the line to indicate the versions you’ve planned.

Draw a second branch below the main line to represent your development process for pre-production code. This will include the work between released versions of your product.

Add circles to indicate work in progress on the development line.

Draw arrows between the circles on the master and development branches to show the process flow where work is created and merged.

Depending on your branching strategy, you’ll also want to add branches to represent features and releases.

Add the release branch between the master branch and the development branch as it describes the workflow from development to production.

Once you have your branching structure mapped out, add colors or other styling to make it easy to understand the workflow at a glance.

Lucidchart is an intelligent diagramming solution that helps teams visualize their data and optimize their workflows. Use Lucidchart to create powerful branch diagrams that quickly communicate your strategy and help everyone get on board from start to ship.

Know and communicate your branching strategy for a project

Managing branching strategies effectively requires clear communication from the start. Make sure your team understands when and where to branch and merge (and how often).

Use documentation and visualizations to outline and clarify the plan. Make sure the strategy is accessible so your team can refer to it regularly. This will help keep the team on track and ensure everyone is on the same page from the beginning.

Minimize how long code is checked out

The longer your code is checked out, the greater risk for complication and conflict. Make sure your team regularly copies down code and merges their branches so they are working on the most up-to-date versions.

Figure out your dependencies

When working on a branch, it is critical to understand how those changes could impact your mainline and what teams might be affected. Before you branch, consider how changes should be produced and when and where to merge them for the smoothest integration.

When you’re dealing with multiple changes and integrations and your code breaks, it can be difficult to zero in on the change that caused the problem.

Review your integration process to make sure your teams are merging frequently. The more often you merge, the less likely you’ll experience code breaks. And integrating code earlier, one team at a time, helps you isolate any potential issues quickly.

A version control system is a tool that helps teams manage changes to source code over time, allowing them to work faster and more effectively.

Choose a system that can not only handle branching but also has the capacity to manage the volume of files, contributors, and build demands you need. 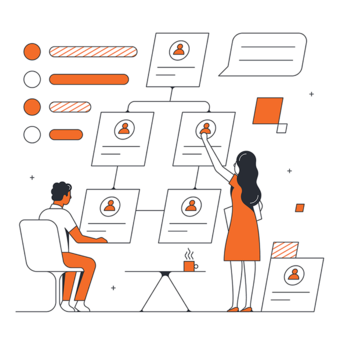 What Does HR Actually Do? 11 Key Responsibilities