Optimizing the funnel. As marketers (and product managers), we spend countless hours developing and testing new ideas to convert more visitors into customers. Having personally helped run hundreds of A/B tests, I know marketers work hard for the money!

Several years ago, Lucidchart had two primary paths to register for a free account: (1) a standard pricing page; and (2) an instant demo. The instant demo required no registration to test out the product, but if users wanted to save or print their diagram, they were prompted to register.

In looking at the data of both flows, I realized that users converted to paid subscribers at a much higher rate through our standard pricing page flow. After investigating, I realized that after registering via the pricing page, users were provided a specific onboarding and education flow. On the other hand, when users registered via the instant demo, they were instantly returned to their diagram to continue editing and consequently missed out on this onboarding.

Simple! Why don’t we test redirecting users from the instant demo through the standard onboarding and education flow when they registered? Long story short, the results of the A/B test were outstanding and nearly doubled conversion rates to paid subscriptions via the instant demo.

We celebrated this massive win for the business.

Next, the big loss

Fast forward a year. I was providing a demo of Lucidchart to a peer at another SaaS company because he was interested in how we onboarded users. I clicked into the instant demo, went through the registration process, and was immediately returned to my document for editing. But wait—why wasn’t I redirected to the onboarding and education flow?

I opened an incognito window in Chrome and tried it again. Same results. Something was clearly broken.

Knowing that this was a critical user flow, I immediately sat down with an engineer from our team. He carefully examined the code and realized that a change had accidentally reverted the flow. “Really? When?” I asked.

He intently reviewed the change log and finally stopped, gulped, and responded, “Six months ago.”

Then, the painful calculations

After speaking with the product manager about getting a fix in place right away, I began to look at our conversion data. Sure enough, there had been a severe drop in conversion rates via the instant demo nearly six months prior. We hadn’t caught it because it had been masked by improving conversion rates via other flows and a number of other factors. Through some back-of-the-envelope math, I came up with the painful estimate of the lower conversion rates over that period:

That was the cost of the mistake. 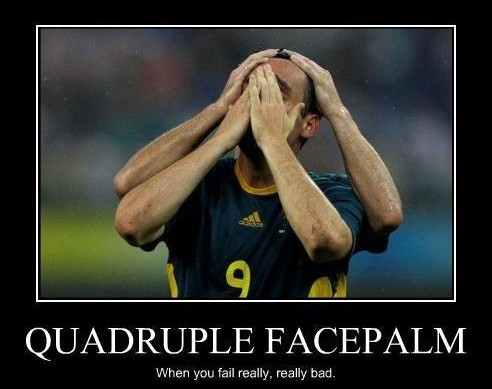 I realized the (costly) irony in all of this. Despite helping lead a team that produces an incredible app for flowcharting and diagramming, I had never formally documented our conversion flows. They lived within my head and for years, that seemed sufficient. Until now. Until I got burned by not taking the time to document and communicate these flows to the broader team -- product, engineering, QA, customer success, and others.

Over time and via optimization, the funnel can become quite complicated! After all, there are huge wins to be had by segmenting users and tailoring experiences. But here’s my two cents (or perhaps my 250,000,000 cents): Take the time to document your user and conversion flows to ensure that your users are getting the just-right experience you’ve worked hard to create.

Get your teams on the same page today with Lucidchart.