Webisodes with Alec Sharp: The case for action

Pretend for a moment you’re a 17-year-old who’s inherited your mom’s Chevy Astro van. The radio’s broken, the power steering is going out, and it gets a whopping 15 miles per gallon. Your solution is to get a job so you can upgrade to a newer car, but that means convincing your stakeholders (parents) that you can work and maintain your grades.

In Alec Sharp’s fourth webisode with Lucidchart, The Case for Action, he describes how to build support for change. You already do this in your daily life, gathering support from various people so you can move forward with a change and then making sure that change is followed through. The same thing applies to your organization: you need to make sure stakeholders are on board so that your change process can be properly implemented.

Sharp’s process uses a stakeholder-based assessment to build support for change within the organization. Using this method, stakeholders see the need for change, commit to it, and embrace it. Sharp developed this method after years of experiences with organizations that were struggling to implement change initiatives.

Based on his experience, Sharp has seen three common issues in change implementation:

To avoid becoming mired in one or all of these areas, take the following steps:

Start by identifying the actual process or process area that needs to be changed (in our car scenario, it would be the Chevy Astro van). Use a process scope model that includes the trigger, results, activities, and cases that are of most concern.

Next, identify who’s involved. Take account for internal and external actors. Use a process summary chart to gather a cross-functional perspective that examines organizations, roles, and responsibilities. The chart will also tell you what systems, mechanisms, and methods are involved.

Now you have an end-to-end understanding of the actual issue at hand, and you can begin to understand why the process needs to change. This is when you begin building a case for action.

You’ll need to present a case for action similarly to the way a lawyer would gather evidence when presenting a case in court. Think of the case for action as a more nuanced type of problem statement, which is a process improvement project that outlines the goals of a project and the scope of a project. A typical problem statement usually includes an ideal situation, the reality of the current situation, the consequences if nothing changes, and a proposal to the problem.

Dr. Michael Hammer viewed shaking the corporation away from the status quo as something that would take a metaphorical kind of pry bar—you’ll need to force people away from their comfortable ways of doing things. This “pry bar” of evidence needs to be pragmatic and factual—you’ll want to steer clear of emotions when presenting your case. Dr. Hammer’s Case for Action consists of five components, but Sharp simplified and reordered these five components to focus primarily on the costs of inaction (as in, what happens if things continue the way they are) and the business context (what’s really happening?).

Sharp’s version contains three major steps: a stakeholder assessment that shows all stakeholders have real issues with the current process and it needs attention; the issues have surfaced because of changes beyond our control in the wider environment; and if we don’t fix this process, there are going to be serious consequences for individuals and for the business.

Taking a closer, empathetic view of all stakeholders makes it real. Examine:

Each of these people will have very different perspectives because the issue is affecting them all in different ways. Some typical questions you may ask when gathering information from these stakeholders would be:

There’s a tendency for people to feel attacked here, especially the performers who are doing the work. Which is why the next step is so important.

The process probably didn’t start out bad. And it’s important to highlight that it’s the process that’s broken, not that the performers are not great workers. There have simply been changes in the environment or the market that have caused issues to surface. Placing the issues in this context is a blame-free, neutral approach to building your case for action.

However, you don’t want people to stop listening to you at this point because they now understand it’s not their fault. It’s no one’s fault, but things still need to change. You may wish to address:

Consider using a PESTEL framework for this.

Now, introduce the issue with the status quo. If you don’t fix this process, there will be consequences. Once you’ve presented a future calamitous scenario, you’ve developed a sense of urgency, and more people are likely to get on board with changing processes.

On an individual level, look at:

On an organizational level, look at:

Once you’ve presented this material to your stakeholders, it’s highly probable that they’ll feel committed to the change process. You’ve taken steps to empathize with their struggles, present a solution, and convince them of the solution’s urgency. Getting stakeholders on board with the change process before it begins is the best way to avoid the three most common issues with implementing change throughout the organization. 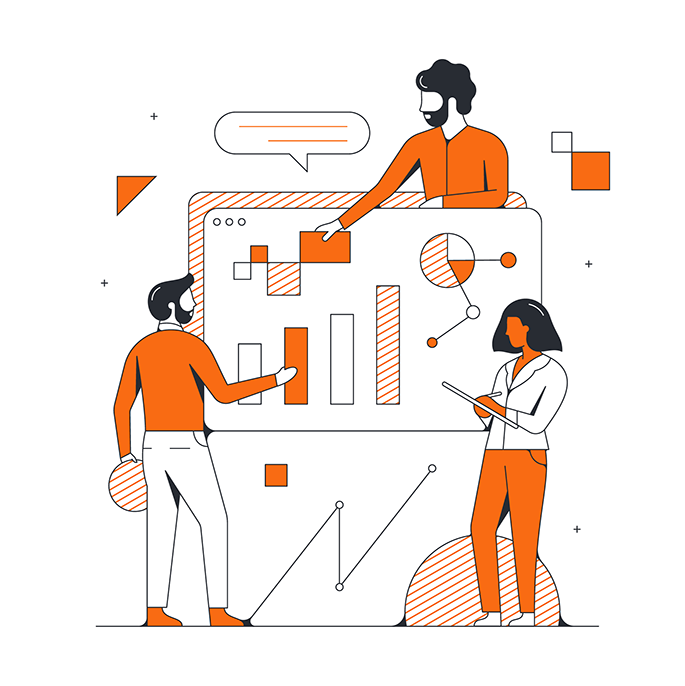