Chances are that you’ve had the experience of being given an estimate that turned out to be completely wrong—the car wasn’t repaired in two days or the table at the restaurant wasn’t ready in 15 minutes.

If estimates can be inaccurate, why are they important to project planning?

It’s a matter of setting the right expectations and determining how much work is realistic to complete in a given timeframe—teams need to account for a project’s complexity in order to decide the amount of effort required, the number of resources needed, and ultimately, how much time it will take to complete the project.

Many developers in Agile environments have successfully improved the estimation process using the Fibonacci scale or a modified Fibonacci sequence to estimate the work that needs to be completed in an iteration.

Learn what the Fibonacci sequence is and how you can apply it to Agile estimations.

What is the Fibonacci sequence?

Fibonacci was an Italian mathematician in the Middle Ages who wrote a book called Liber Abaci (Book of Calculation). This book introduced and popularized the Hindu-Arabic numeral system in the Western world. In Liber Abaci, Fibonacci also presented the following problem:

A certain man put a pair of rabbits in a place surrounded on all sides by a wall. How many pairs of rabbits can be produced from that pair in a year if it is supposed that every month each pair begets a new pair which from the second month on becomes productive?

To estimate the answer, Fibonacci introduced an exponential sequence of numbers, now known as the Fibonacci number or Fibonacci sequence. In the sequence, each number is the sum of the preceding two numbers:

Why the Fibonacci series is used in Agile

The Fibonacci sequence is found in many different disciplines and in nature. For example, it has been used to describe plant life growth, estimate population increases over a specified timeframe, model virus breakouts, and predict the behavior of financial markets.

But what does this long string of numbers have to do with Agile planning?

Essentially, the Agile Fibonacci scale gives teams a more realistic way to approach estimates using story points. Story points are used to represent the size, complexity, and effort needed for completing or implementing a user story. Each story point is assigned a number from the Fibonacci scale. The higher the number, the more complex the story point, and presumably, the amount of effort it will take to complete.

As discussed previously, estimates can often be inaccurate—and that happens because people tend to be overly optimistic.

For example, instead of making an estimate based on a similar project we completed in the past, we believe we can get it done faster because we are more experienced and we are sure that this time there won’t be any problems that cause delays.

Because the Agile Fibonacci Scale is exponential rather than linear, it helps teams to be more realistic when looking at larger, more complex tasks.

To help you understand why the exponential nature of the Fibonacci series is helpful, we’ll paraphrase an analogy used by Mike Cohn, one of the founders of the Scrum Alliance:

If you were to hold a 20-pound weight and a 21-pound weight, it is harder to determine which is heavier because the difference between the weights is not that significant—the 21-pound weight is only 5% heavier.

Each number in the Fibonacci scale is exponentially larger (by about 60%) than the previous number. Teams can more easily recognize the differences and define the complexity of each story point.

How to use the Fibonacci scale in Agile

Many Agile teams use the planning poker technique for estimating story points.

Each member of the estimation team, aside from the moderator, needs their own deck of cards, and the planning poker technique proceeds with these steps:

If your team doesn’t have physical card decks, you can run through your user story estimation process using the template below. An online Fibonacci scale is a great solution for distributed teams who can’t physically meet in the same location.

When using the Fibonacci scale in Agile settings, your team can experience the following benefits

It is important that every member of the development team is included in the Agile estimation process. Each member gives a different perspective that helps to hone in on a more accurate and realistic estimation of the work required to complete a user story.

For example, before declaring that building a web page should only take four hours to complete, you’ll want to get input from UX, design, development, and quality assurance.

Assigning story points with linear numbers makes it difficult to determine how much weight each story point should carry.

The exponential nature of the Fibonacci Scale makes it easy for the entire team to understand what the assigned numbers mean.

For example, a 1 could mean that complexity is minimal, and the story point can be delivered quickly (within an hour). Several of these tasks can be completed in a day. A 13 means the story point is very complex and could take weeks to complete.

Increase the accuracy of estimates

By assigning story points higher numbers, it forces the team to realistically look at the complexity and effort required to complete the task, which can lead to more accurate estimates. 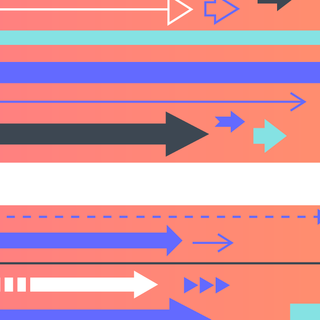 Now that you’ve completed your Agile estimation, use Lucidchart to seamlessly roll out Agile methodology across your organization.