How to Create Virtual Idea Boards for Work

There’s a special kind of magic that happens when meeting as a team: There’s a communal energy that often leads to brilliant ideas. In fact, most of the products around us were thought up by a group, not just a single person. Go into any ad agency meeting, and you’ll witness a group of people brainstorming concepts together while someone else furiously scribbles the ideas on a whiteboard.

While the energy of the brainstorming meeting is often invigorating, the whiteboard itself can be a hindrance. After all, it has to stay in the room, and the notes from the meeting are often captured on someone’s phone and then emailed to the group as a photo. That photo then dies a slow death as an email attachment.

To combat that sad end, let’s discuss a key method to help your brainstorming meetings flourish long after they’re over: the virtual idea board.

What is an idea board?

An idea board is a gathering place for ideas from your team. During a meeting, your team contributes ideas, visuals, and concepts, and those ideas are recorded for the entire group to see. It’s useful for the whole team to be able to immediately and easily visualize the ideas because each idea can be the launchpad to another idea.

Idea boards can exist on: 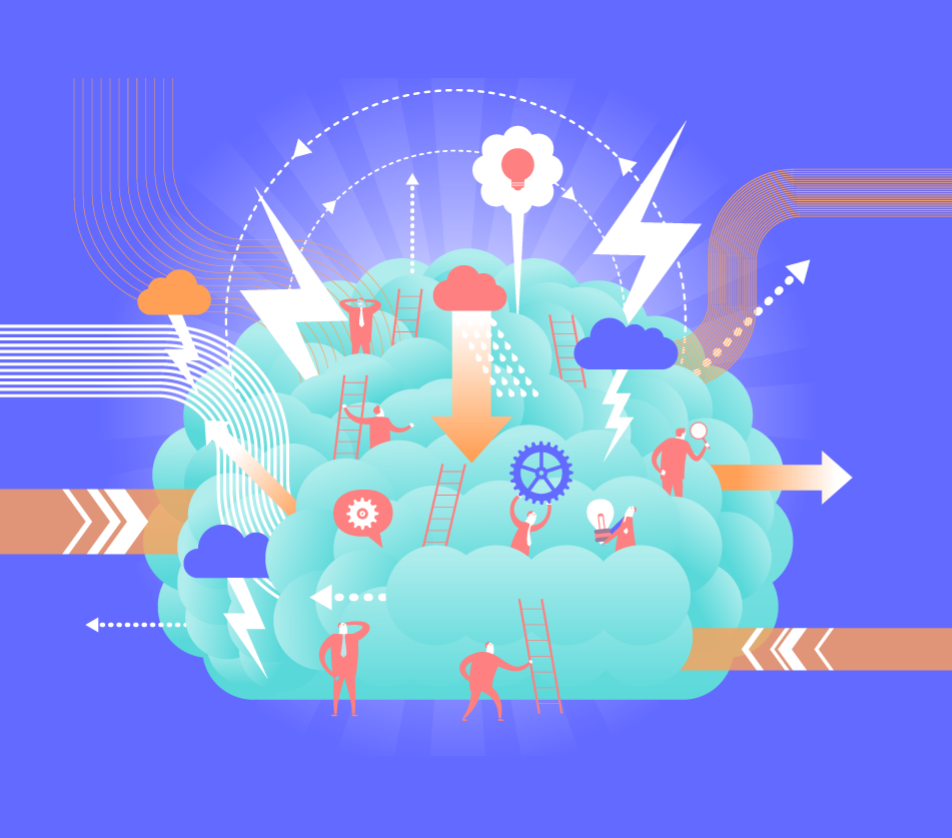 brainstorming meeting with your team.
Check out our 7 tips

When to use an idea board

An idea board is useful for brainstorming and gathering:

You can also use idea boards to conduct sprint retrospectives and post-mortems to improve projects and processes in the future.

Aside from the benefit of gathering ideas, an idea board encourages team building. The best ideas can sometimes come from the most unexpected places, and often a team member that is more reserved will contribute the most creative ideas. A brainstorming session gives everyone on your team an opportunity to feel involved, and it often results in a stronger team that feels greater ownership.

How to make an idea board

1. Have a specific goal in mind

Gathering your team into a room and asking them to tell you their ideas will always end in Jared telling you the plot of his next novel. And no one wants to hear that. When scheduling the brainstorming meeting, make sure your team knows the purpose of the meeting so they can begin considering ideas they’d like to contribute ahead of time.

During the brainstorm, designate a scribe to write down all suggestions. This scribe can organize the ideas into categories, if appropriate, or simply list out ideas as they’re given.

Instead of having your team call out suggestions that are then notated by a designated scribe, consider giving everyone in your team a pad of sticky notes. This is a great option for more insecure or more introverted members of your team. They have control over what they write and what they elect others to see.

Also, remember that an idea board doesn’t have to include words or phrases: It can also include visuals. Using sticky notes is a great way of incorporating visuals because your team members can doodle their ideas instead of trying to explain them in words. Those sticky notes can then be placed in categories on a whiteboard (if categories have been chosen).

Note: If you’re putting ideas together for a design or concept, your idea board might resemble a mood board.

A brainstorm should have someone who’s facilitating discussion. That person should provide positive feedback in response to every suggestion, which gives the team more encouragement to continue contributing ideas. No idea is a bad idea in this first stage.

The atmosphere during a brainstorming meeting should be one of openness and encouragement. So don’t eliminate ideas as they’re provided. When you start eliminating suggestions as they come in, it makes your team feel pressured to come up with ideas that are “good enough,” and that intimidation doesn’t serve to foster creativity. Yes, you want good ideas, but policing suggestions does more harm than good.

Depending on your use case, you might want to add columns or containers to your idea board to show how you plan to act on each idea (if you don’t eliminate them). For example, on our idea board template, you can organize ideas into “To Do,” “Doing,” and “Done” columns.

Benefits of a digital idea board

Though idea boards are sometimes dismissed as being suitable only for more creative organizations, there’s really no limit to their use. Plus, you’ll wind up with fantastic ideas, greater enthusiasm, and a stronger team. 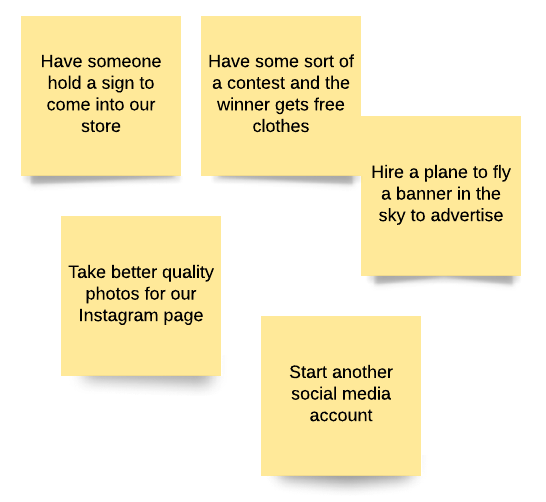 Start your own idea board with our online whiteboard software. (It's free to sign up!)
Learn more

How to Create an Online Mood Board for Your Next Project

How to brainstorm: 4 ways to get the creative juices flowing