How to battle video conference fatigue

When it was first developed, video conferencing was such a novel use of technology, a dynamic medium uniting people together across departments, companies, and even time zones.

Yet, the drawbacks of video conferencing are slowly starting to outweigh its advantages. Virtual meetings that were once exalted for keeping us connected, informed, and engaged are now viewed by many as a growing source of pain, frustration, and contempt. But why?

On the surface, it’s easy to dismiss just how taxing a Zoom meeting can actually be. After all, it’s refreshing to participate in a video conference from the comfort of home or to sleep in knowing you can join your 8:30 a.m. sync at the last minute.

Nonetheless, spending so much time in video chats can take its toll. The following are some of the negative effects of video conferencing (and the strategies to overcome them).

Screen exhaustion is a real problem

When your days are filled with back-to-back Zoom meetings, constant emails, and all the other remote-work tasks that tie you to your laptop, eye strain becomes a risk. It’s often one of the more notable (and common) effects of virtual meetings vs face-to-face meetings.

The Vision Council estimates 59% of American adults have experienced the symptoms of eye strain after just two hours of digital-device use. Think back to when you’ve felt these symptoms:

Digital eye strain can also cause headaches and soreness in the neck and shoulders. If you happen to use multiple screens at a time, your likelihood of suffering from digital eye strain only increases.

To prevent the onset of screen exhaustion, here are some tips:

However, there’s more to Zoom fatigue than meets the eye. As everyone knows…

Ironically enough, video conferencing often involves a greater degree of physicality than we might experience in the span of a comparable in-person meeting with our co-workers.

But it’s easy to see why. If you want to be seen as an active meeting participant, there’s an underlying expectation to keep your camera settings (and your smiling face) on. By showing up as an avatar, you may worry about appearing absent or indifferent, even if your mic is on, you’re actively involved, and you’re giving your full attention to the discussion.

Despite these concerns, no one should feel obligated to always appear on camera. It’s only natural to give your body (and mind) a break from performing in front of a screen.

For those times you are on camera, you can avoid feeling self-conscious by:

It’s even worse when you realize only 37% of U.S. meetings use agendas—making you wonder how effective these meetings even are.

Whenever you can, schedule fewer (and possibly shorter) Zoom meetings. At the very least, give yourself time for breaks in between. You can also reduce physical exhaustion by ignoring email and notifications and shutting down other applications to avoid excessive multitasking during video chat. 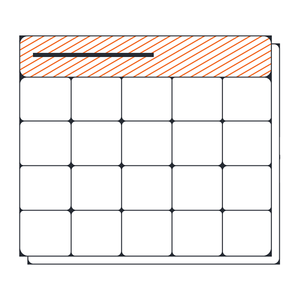 See our tips for making your remote meetings more productive (so you can hopefully hold fewer of them).

Isolation can cause social anxiety

Despite all the apparent comforts, freedom, and convenience of working from home, nothing is quite the same as our daily interactions and camaraderie in the workplace.

Obviously, the office isn’t just a place where people congregate to complete work tasks. It’s also where you form lasting bonds with co-workers through those seemingly random yet enthralling conversations at your cubicle, the lunch hours you share each day in the breakroom with friends, and the times you would meet everyone at an after-hours event.

Relating in this manner with co-workers is not only crucial for your mental well-being or the morale of your team. Positive work relationships can also help promote productivity.

Fortunately, there is a variety of team-building activities to help you build trust, increase collaboration, and inspire solidarity among coworkers in spite of the physical separation:

Like any relationship, maintaining bonds with co-workers while working remotely requires time, attention, and effort. However, it’s all worthwhile once you begin to feel closer as a team again and less anxious about working apart from everyone over extended periods.

Of course, adding more virtual meetings to your life may only serve to perpetuate Zoom fatigue, characterized by incessant non-verbal overload and long bouts of mutual gaze. Once you’re confined to a screen and conversing primarily in video chat, that’s when… 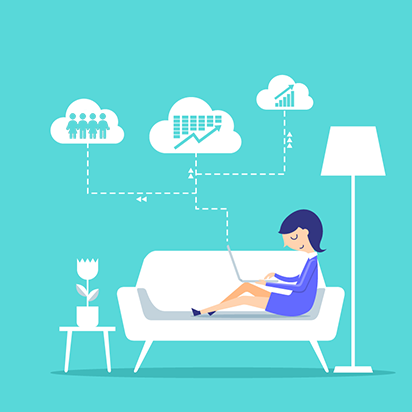 Want additional ideas on how to develop team camaraderie while working remote?

Virtual meetings emulate in-person conversations and get-togethers, but they definitely lack the nuanced feel of genuine face-to-face interaction that we often take for granted.

In a real conference room, it would feel unnatural to constantly invade everyone else’s personal space or to directly stare into a co-worker’s eyes for prolonged periods of time.

But in a video conference we’re doing this all the time, and according to the latest research of Jeremy Bailenson PhD., professor and Founding Director of Stanford University’s Virtual Human Interaction Lab, this provokes a key stress response: our “fight-or-flight” reflex.

So, why do we experience this dissonance in communication during Zoom meetings? It’s because our brains are wired to pay close attention to faces. Bailenson noted in his studies how people reactively flinched whenever in close proximity to large virtual faces.

As he explains, “Media causes adaptation.” The inverse of this dissonance is observed when a child swipes at a magazine page, expecting it to change as it would on a tablet.

The technical difficulties inherent to virtual meetings are another form of communication dissonance that can result in fatigue. The audio echoes. The glitchy camera feeds or video out of sync with sound. These problems that can be avoided by:

It’s also a good idea to avoid system updates during Zoom meetings, especially updates to the application itself, to avoid frozen screens and ill-timed software crashes.

Video conferencing fatigue is a real phenomenon. By exercising vigilance and situational awareness, the negative effects associated with working from home and video conferencing are manageable. If you’re among those working remotely for the unforeseen future, abstain from video chat whenever possible in favor of other communication styles like phone, email, and text. 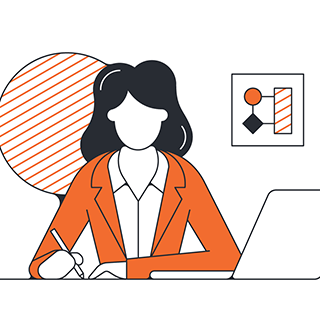 Too many Zoom calls is only one of the potential downsides of remote work. But don't worry—you can combat them all.