Every creature on earth has developed a way to communicate emotions, thoughts, and desires. For example, pet owners know when their dogs or cats want to go out or when they are hungry.

But what sets humans apart from the rest of the animal kingdom is our unique ability to use a formal language. Our languages help us to think critically, collaborate with others, brainstorm ideas, and convey specific meaning as we plan, organize, and execute important projects.

You might be surprised to learn that there are approximately 7,000 different languages spoken in the world. These languages differ in how the words are put together, word pronunciation, and sentence structure. But with all of their differences, all of these languages have the same purpose—to communicate clearly with other people.

In this article we’ll discuss Roman Jakobson’s functions, or factors, that all languages need in order to communicate effectively.

Who is Roman Jakobson?

Roman Jakobson was a linguist who studied the structure of language and was particularly interested in the difficulties that appear in many languages. He was one of the pioneers in structural linguistics, which is the theory that language is a structured system of interrelated formal units. Structural linguistics analyzes how units such as word structure, sentence syntax, and phonetics relate to each other.

Jakobson was also interested in philology—the study of literary texts, and oral and written records, as well as establishing their authenticity. His work eventually led to creating a theory of communication in which he established what he called the six functions of language.

What is Jakobson’s theory of communication?

What are the six factors of communication?

In Jakobson’s theory, there are six factors that are required for communication:

Basically, these factors work together to enable the communication process. They are the steps to successful communication, which looks like this:

What are the six functions of language?

Language is more than just knowing a lot of different words and what those words mean. If we don’t know how to put those words together, they won’t have much meaning. We learn how to form sentences and phrases by listening to others and by studying grammar. It’s the grammar that helps us to understand the system, structure, and meaning of written or spoken sentences.

Jakobson’s theory of communication includes six functions of language. If the grammar tells us what the message means, the functions tell us the purpose of the addresser who is using the language.

Following are the six functions of language that Jakobson described:

Understanding how we communicate always helps us improve our interactions with others. At Lucid, we also know that a picture is worth a thousand words. Try sharing your words in a Lucidchart document or Lucidspark board, so your team can come together to talk and illustrate their next great idea! 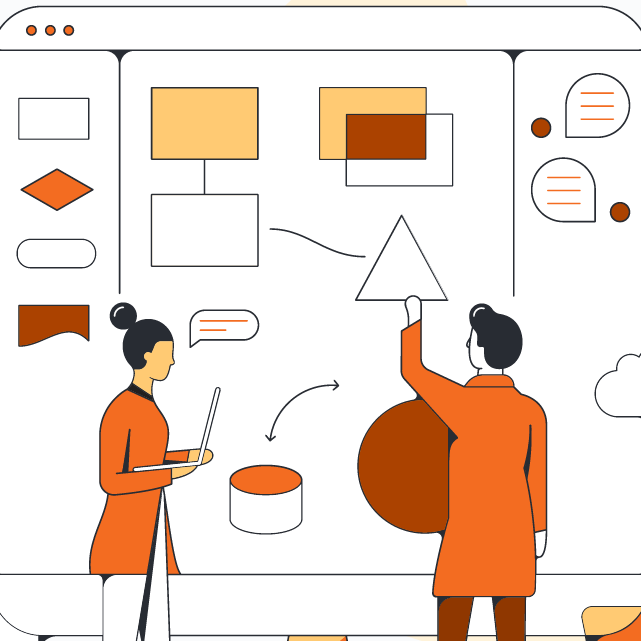