According to Gartner, 60% of companies will use an external cloud service provider by 2022. With this growth in cloud computing, three key players—AWS, Azure, and GCP—have emerged, each with its own cloud terminology to describe the features, functionality, and tools of cloud infrastructure.

And that terminology becomes even more complicated when you’re dealing with more than one cloud provider. For example, AWS refers to a data warehouse as “Redshift,” GCP uses the term “BigQuery,” and Azure calls it “SQL data warehouse.”

Confusing, right? We know. That’s why we’ve created an interactive cloud terminology glossary. Now it’s easy to find and use the correct cloud terms whether you are using AWS, Azure, or GCP.

Open the glossary in Lucidchart

How this cloud terminology glossary helps you

No matter the situation you encounter when it comes to cloud computing, all of your bases are covered with this easy-to-use reference. You can: 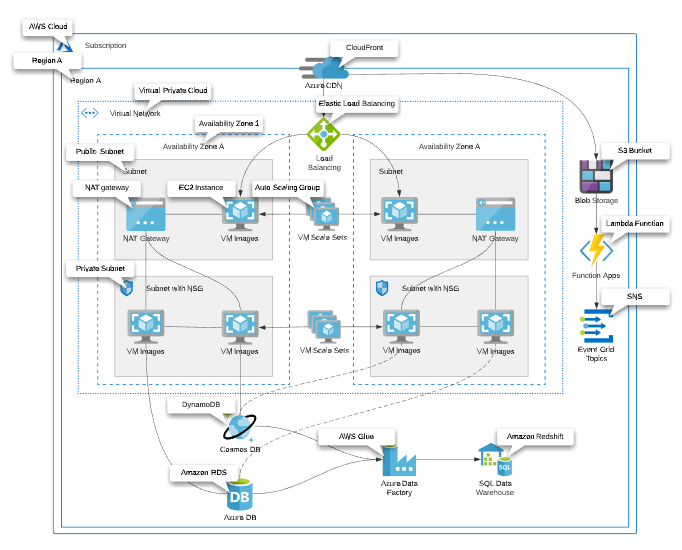 Cloud terminology from A to Z

Central repositories of integrated data from one or more disparate sources

Enable outbound internet traffic from instances in a private subnet

Worldwide locations where resources are hosted

Event-driven, serverless computing service that runs code in response to events and automatically manages the computing resources required by that code

Logical subdivision of an IP network. Can be private or public

Privately connects VPC to other cloud and endpoint services

Stay up to date on the cloud

So there you have it. Know at a glance the correct cloud term you should use, whether it’s for AWS, Azure, and GCP. Use this glossary to understand and make more informed decisions when it comes to your cloud infrastructure. 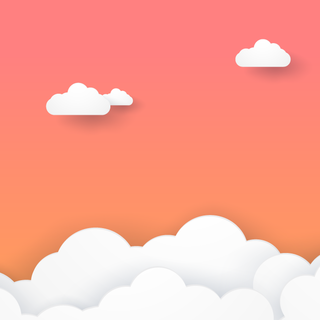 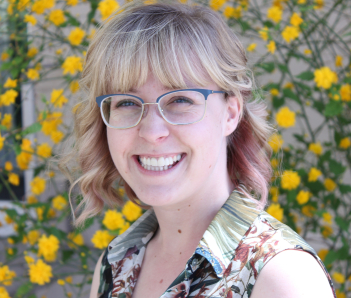 Jennifer Jackson graduated with her MA from the University of Utah, where she majored in communication and digital media. Jennifer works as a content marketing specialist. When she’s not writing, you’ll find her playing board games, reading, or bingeing TV while drinking copious amounts of iced coffee.