Everything about 5S in Lean manufacturing

There’s a good chance you’ve assembled your share of store-bought furniture. You’ve probably also developed a method for making sure, for instance, that the bookcase ends up being a bookcase. Manufacturing on a larger scale really isn’t that much different: There are methods to ensure bookcases end up as bookcases and cars end up as cars with as little waste and as much quality and efficiency as possible.

One of these methods is the 5S system, developed as part of Lean manufacturing and the Theory of Constraints (TOC). Within TOC, the 5S methodology helps exploit the constraint.

Here’s an overview of the 5S methodology and how you can use it to improve your manufacturing process.

The 5S method is meant to maintain a safe, organized, efficient workplace. Though the Japanese team at Toyota has been credited with developing the 5S technique, the original concept was developed by Ford and was called the CANDO system. It stood for Cleaning Up, Arranging, Neatness, Discipline, and Ongoing Improvement.

When the Toyota team visited Ford’s factory, they brought back CANDO and Ford’s revolutionary assembly line techniques. Toyota then translated CANDO into the 5S technique.

Though the 5S program was originally created for automotive production, it can easily be adapted for other industries outside of manufacturing, such as tech, healthcare, and government.

What does 5S stand for?

The 5Ss were originally Japanese words (Seiri, Seiton, Seiso, Seiketsu, and Shitsuke). They’ve since been translated to English while keeping the original 5S meaning. Today, 5S stands for:

There’s also an additional sixth “S.” Considering that a large benefit of 5S is eliminating waste, the inclusion of this extra “S” makes perfect sense. The sixth “S” is:

Think back to the times you’ve assembled furniture. You probably naturally followed the 5S technique above to assemble the furniture successfully without wasting time and materials. The benefits of 5S in Lean manufacturing are similar:

How 5S works with Lean manufacturing

The 5S approach pairs beautifully with Lean manufacturing because Lean principles emphasize waste management. Since the 5S model emphasizes a clean, organized workplace, it’s natural that it improves the Lean manufacturing technique. After all, a tidy workspace means a safer workplace that facilitates fast, strategic work.

The 5S methodology also enhances other elements of Lean manufacturing. For instance, it’s much easier to implement kanban in an organized, safe workplace. As an added benefit, when everything is in order using 5S, it’s easier to recognize issues and roadblocks before they become major problems.

How to successfully implement 5S in Lean

The 5S technique seems simple on paper, but it can often be overwhelming to implement. After all, it’s hard enough cleaning and organizing a bathroom: imagine doing the same for an entire production facility. Here are a few important steps for proper 5S system implementation.

While it’s tempting to leave 5S principles to managers, the 5S technique really only works if everyone is on board. When everyone is invested in the program, the likelihood of maintaining the various elements increases exponentially.

The great thing about 5S is that it’s fairly intuitive, so training doesn’t need to be a months-long production. Training can happen in a small cohort setting or in one large organizational training session. It can even happen individually online with the help of tutorial videos. However your organization chooses to train, be sure to individualize the approach so that it refers to the workstations that will actually be used. It wouldn’t do much good to train for another business’s assembly line.

Time to break out the label gun. In an organized workspace, everything is labeled and in its proper place. Toyota even utilizes a “red tag” system. These red tags are placed on items and materials that may be considered wasteful in an effort to determine what to do with them (throw away, move, etc.).

Visual cues are essential for the “sorting” category of 5S, but it’s important that everyone in your organization uses the same terminology and system for labeling. Other important visual cues include floor markings, shadow boards, signs, and labels. These visual cues help with everything from safety to organization to efficiency.

The best ideas for 5S implementation will likely come to the people who use the 5S system day in and day out. Listen to employees and seriously consider applying their ideas. Encourage an open dialogue. Perhaps even offer perks for employees so they’re more motivated to look for improvements to the process. Making the 5S process a team effort is an important part of successful 5S Lean Manufacturing implementation.

5S can be applied to any workplace in any industry. All you need to adapt the process to your industry are the right tools. If you are, for instance, in the healthcare industry, 5S would be great at keeping an emergency or operating room in optimal order (imagine getting ready for surgery without first checking to see if you’ve got all the necessary instruments).

Here are some tools to help you make the most of your 5S strategy:

PDCA: PDCA stands for Plan Do Check Act, and it’s a great tool to use when systematically implementing the 5S process. PDCA is all about quality control and making sure you apply your critical thinking skills to process management.

Trend charts: These track changes in outputs, processes, and other data over time. That way, you can see areas that need improvement.

Printers: 5S relies on signage, so give your managers the opportunity to print their own signs with big printers.

Label machines: Label everything. Go nuts. Having label machines around allows for every piece of equipment to have a name and a designated home.

Dashboards: These help facilitate 5S methods for your own industry. Because 5S focuses on the visual, dashboards are essential. Check out our 5S dashboard templates and get started customizing them for your needs. 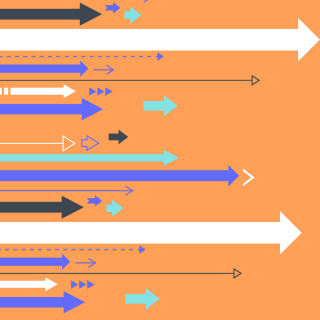 See how Lucidchart can help you <strong>improve and scale business processes</strong>.