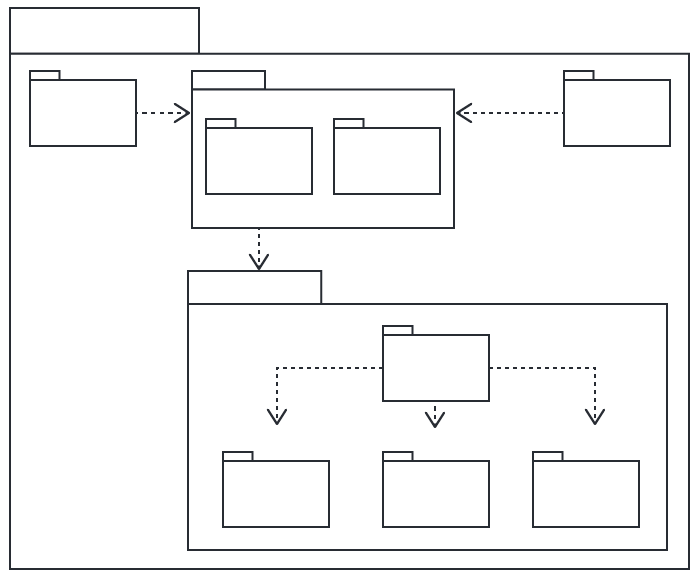 All about UML package diagrams

Why use a UML diagram?

Use this guide to learn everything you need to know about package diagrams, including what benefits they provide, how to properly build them, and more. With our UML diagram tool, you can take advantage of the structure and organization provided by package diagrams to simplify even the most complicated of UML classifiers.

Do you want to create your own UML diagram? Try Lucidchart. It's fast, easy, and totally free.

What is a package diagram?

Package diagrams are structural diagrams used to show the organization and arrangement of various model elements in the form of packages. A package is a grouping of related UML elements, such as diagrams, documents, classes, or even other packages. Each element is nested within the package, which is depicted as a file folder within the diagram, then arranged hierarchically within the diagram. Package diagrams are most commonly used to provide a visual organization of the layered architecture within any UML classifier, such as a software system. 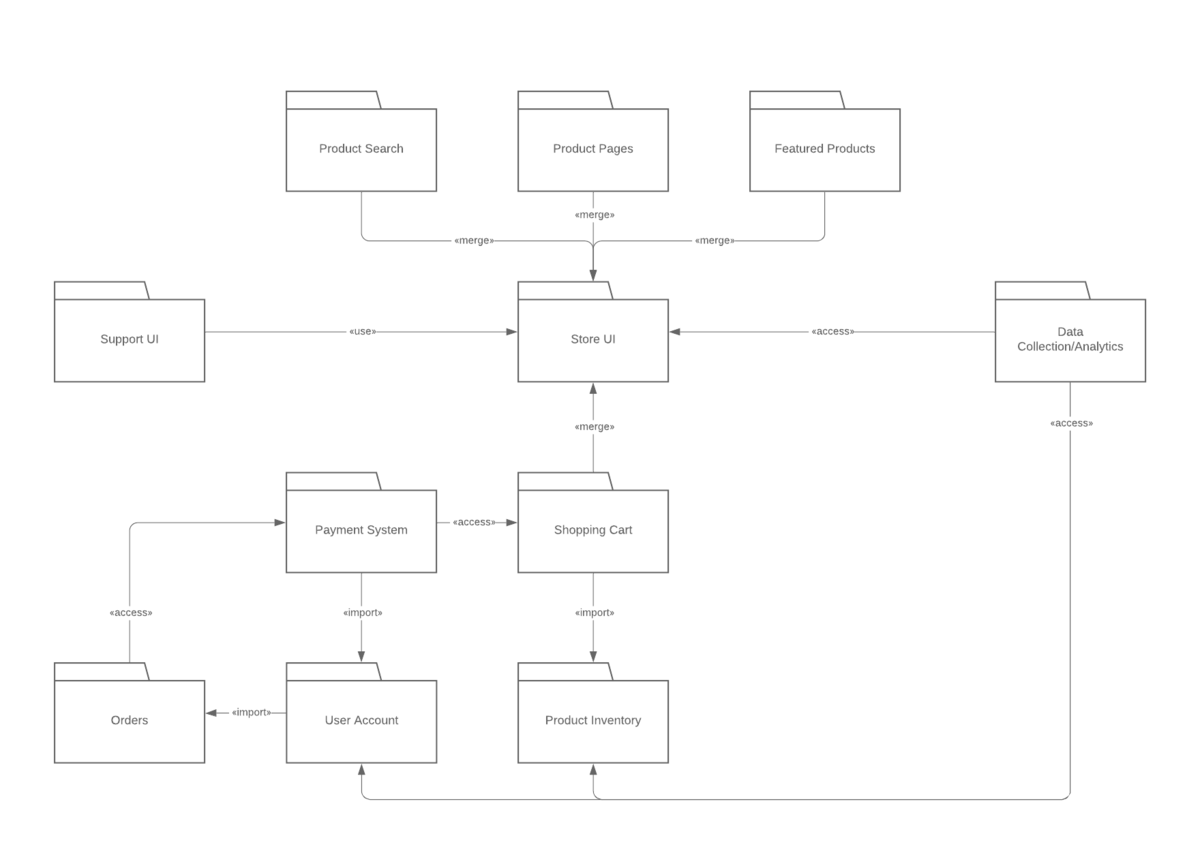 Benefits of a package diagram

A well-designed package diagram provides numerous benefits to those looking to create a visualization of their UML system or project.

Basic components of a package diagram

The makeup of a package diagram is relatively simple. Each diagram includes only two symbols:

These symbols can be used in a variety of ways to represent different iterations of packages, dependencies, and other elements within a system. Here are the basic components you’ll find within a package diagram:

Dependency notations in a package diagram

Package diagrams are used, in part, to depict import and access dependencies between packages, classes, components, and other named elements within your system. Each dependency is rendered as a connecting line with an arrow representing the type of relationship between the two or more elements.

There are two main types of dependencies:

Access: Indicates that one package requires assistance from the functions of another package.
Example:

Import: Indicates that functionality has been imported from one package to another.
Example:

Dependencies can also be broken down further into the following categories:

Using packages with other UML diagrams

As we’ve shown earlier in this guide, packages are UML constructs that can be used to organize the elements within any UML classifier in a variety of UML diagrams. Package diagrams are most commonly found used in:

Packages can also be used within other UML model types to organize and arrange elements such as classes, data entities, and use cases. By fuzing the package diagram structure with other UML diagrams, you can simplify any model type, making it easier to understand.

Package diagrams can also be used in conjunction with model diagrams—a type of UML auxiliary structure diagram used to depict the logical, behavioral, or structural aspects of a system. Even simple models can be difficult to understand without some type of visual organization. The use of packages can provide users with a high-level view of a model with unambiguous named references for each of the elements it contains. In addition, clearly labeled dependencies can clarify the relationships between each element.

Take a look at the following template to see how a package diagram models the packages within a basic e-commerce web app. Click on the template to modify it and explore how you can show the structure of any designed system at a package level.

Lucidchart’s innovative and intuitive UML diagram creator helps you generate professional-quality package diagrams that offer clarity to complex systems. Customize one of our many templates from our template gallery or build your diagram from scratch with drag-and-drop shapes to get started.

Do you want to create your own UML diagram? Try Lucidchart. It's fast, easy, and totally free.