Today, several members of the Lucid Software team returned from San Francisco after a successful journey to AWS Summit. Over the last two days, they stayed busy meeting Lucidchart enthusiasts (and future Lucidchart enthusiasts) at our booth. When evening rolled around and other booths packed up, they stuck around to hand out swag and chat about the benefits of our web-based diagramming software.

However, our team was able to stop by the keynote address from Werner Vogels, the CTO at Amazon.com and hear about some exciting developments, including a big launch involving Lucidchart. Read our take on the top announcements from AWS Summit.

AWS Marketplace currently offers over 3,800 software listings and boasts 135,000 active customers, and Amazon’s first big announcement will likely earn the AWS Marketplace new fans. With SaaS Contracts, you can now purchase your favorite software—including Lucidchart!—directly through AWS Marketplace. This addition gives you greater flexibility for subscriptions: Set the number of users and length of your contract, upgrade/expand your contracts at any time, and view the charges right on your AWS bill. 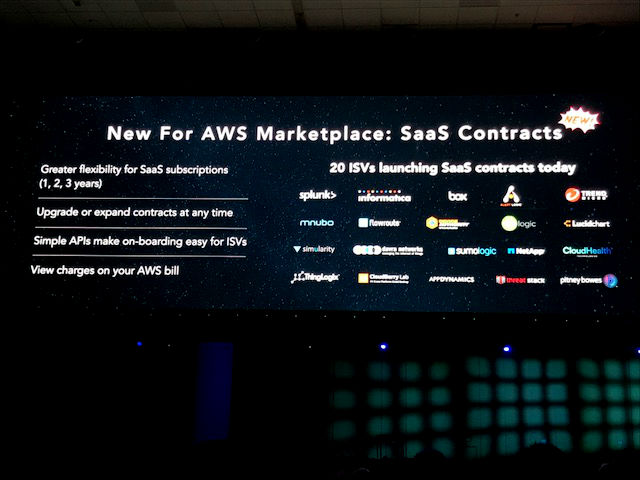 Amazon expects to offer even more options over the next few months, but we’re happy to be one of the first 20 sellers to release a product as part of this launch. Save time as you design your network and demonstrate compliance by using Lucidchart Cloud Insights. View additional metadata about each component, and see all connected components when you drag a shape onto the canvas.

If you haven’t purchased our diagramming tool yet, now is the time! Check out our listing on AWS Marketplace.

Great news—this next announcement deals with the pain you’ve felt as you set up new project environments and tried to collaborate with other team members. Collaboration is obviously near and dear to our hearts at Lucid Software, so we were excited to see Amazon’s solution: AWS CodeStar.

This integrated console allows users to quickly develop, build, and deploy products on AWS. With AWS CodeStar, you can:

Once you’ve developed a responsive development workflow using AWS CodeStar, don’t forget to visualize and store that process for future reference. Try it with Lucidchart.

Amazon launched Redshift, a data warehousing service, back in 2012. While Redshift can hold an enormous amount of data, it takes time to load all that data and provide optimal query performance. So Amazon announced Redshift Spectrum, an extension of this popular service that customers can use to run complex queries directly on data stored in Amazon S3. 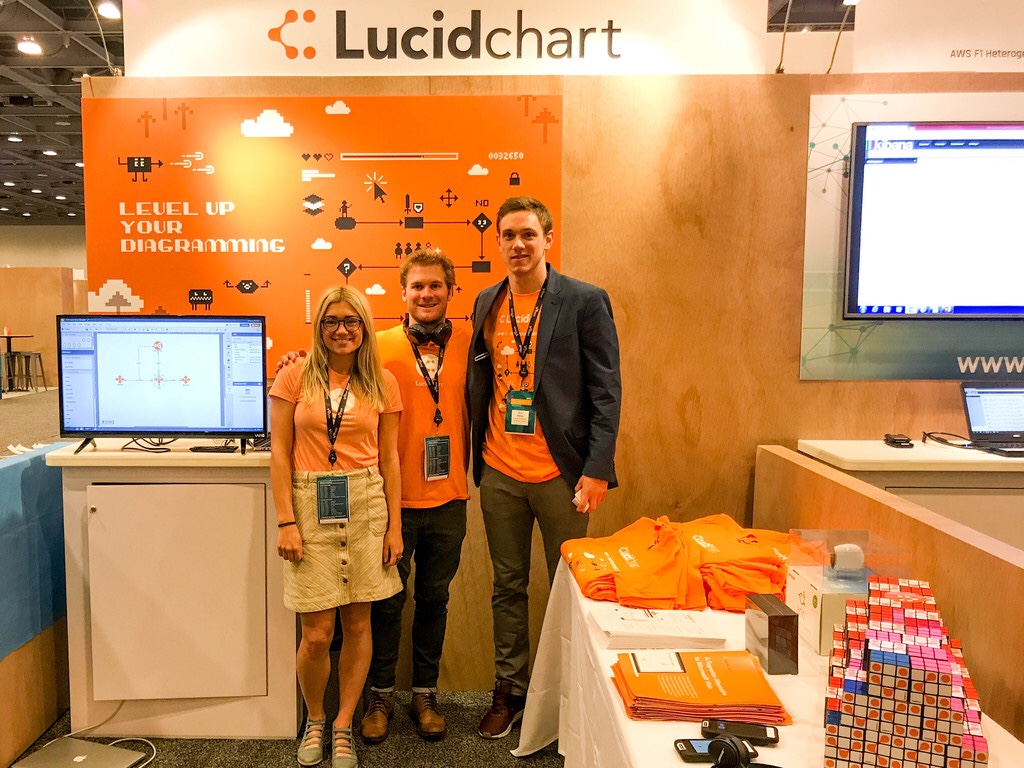 Essentially, Redshift Spectrum offers a faster, more economical option for large-scale data queries. Vogels explained that an exabyte (that’s one billion gigabytes) of data took five years for an older data warehouse to query, which costs a lot of money. With Spectrum, it takes 155 seconds to run the query.

We use Redshift at Lucid, and we have put a lot of time and effort into building tools to transfer data from S3 into Redshift and rebuilding data when clusters inevitably go down. Redshift Spectrum will save us time as we continue to build out our analytics infrastructure. Better performance. Lower cost. We love it, and so will you.

Amazon has taken a few more steps forward in the world of artificial intelligence. Last year, when we went to AWS re:Invent, Amazon launched Amazon Lex as a preview. As of yesterday, it’s available to all users so you too can harness the technology that makes Amazon Alexa run. Use automatic speech recognition (ASR) and natural language understanding (NLU) to build applications that support lifelike conversation.

Since the launch last December, Amazon has added some new features to Lex, including Slack and Twilio integrations, SDK support, and preview response cards. For more information on these features, check out Amazon’s announcement.

These updates are just another way that AWS has provided users with the necessary tools to focus less on the small stuff (like managing servers) and more on their businesses. We have to agree with Vogels—if you are the James Bond of DevOps, then AWS is your intelligent, ever-helpful Q.