Turns out a guy named Julius Caesar once led an army across the Rubicon River into Italy in 49 B.C. This was against the law at the time and marked the beginning of Caesar’s Civil War (and ultimately Caesar’s ascension as the Emperor of Rome). When he crossed the river, he was quoted as saying “the die is cast.” Since then, the phrase, “Crossing the Rubicon” is often used to reference “any individual or group committing itself irrevocably to a risky or revolutionary course of action” (thanks, Wikipedia).

Lucid Software is no stranger to its own Rubicon River crossings, particularly on the product side. In 2012, we led the charge as the first integration partner with Google Drive. Most recently, we launched an automated mapping feature for AWS users. We’re betting on both of these ecosystems (among others) and aren’t turning back. One of our Rubicon crossings was building out a sales team to handle our inbound lead volume. We had introduced a sales process that was working; however, we were tracking all of our activity in a Google Spreadsheet CRM that would’ve been acceptable to an I-banker or consultant. As proud as I was about building this CRM in a Google Sheet, I knew it couldn’t scale. It was time for a real CRM, which meant it was also time for another Rubicon crossing.

Our first task was to design the backend in Salesforce. Salesforce provides a schema builder that allows technical administrators to view and modify all the objects and relationships that our Simplus partner would use to build our Salesforce instance; however, we decided to utilize our ERD shape library to build our schema in real time over a conference call with the Simplus team. 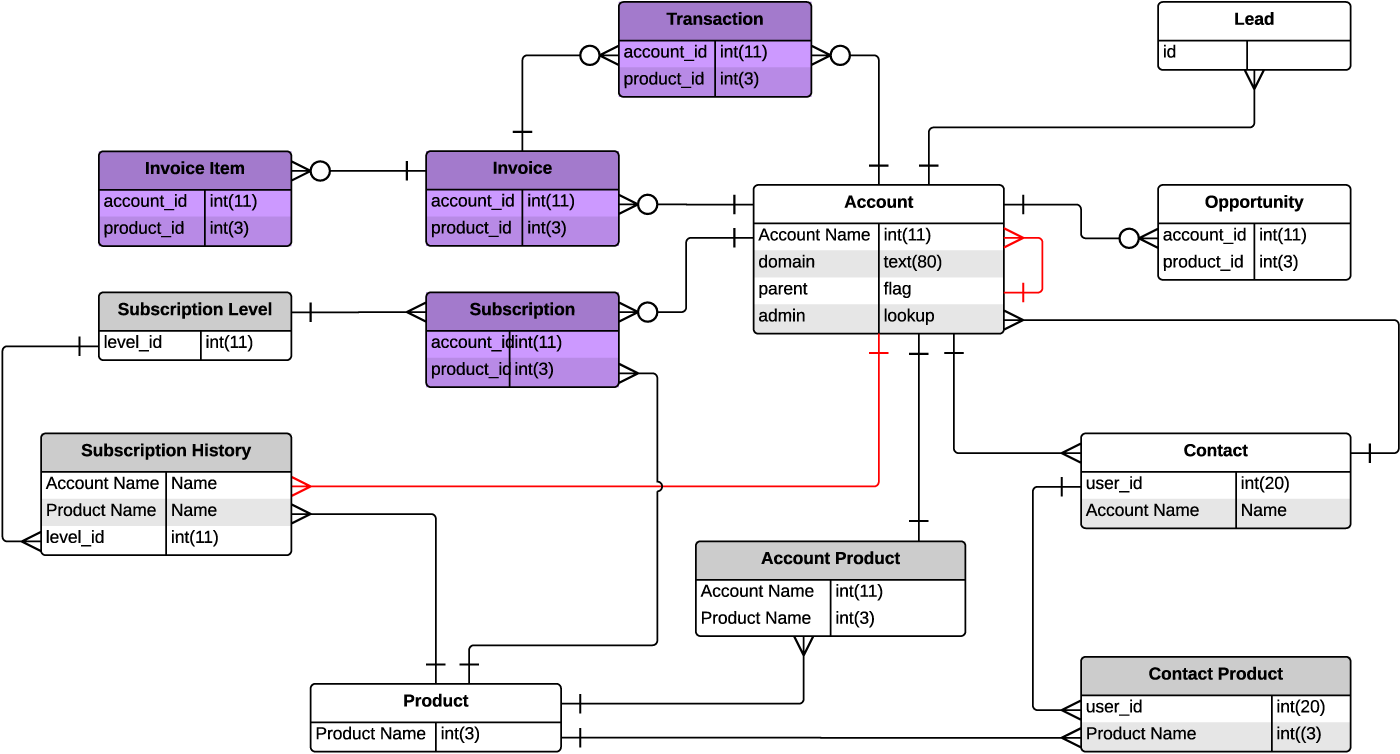 A key benefit to using Lucidchart for schema building was our ability to incorporate the third-party apps that we were planning on integrating with Salesforce. For example, in the diagram above, we mapped out how we wanted our payment processing software Recurly to integrate with Salesforce. While the Simplus team built our Salesforce instance, we went to work designing our preferred workflow in Salesforce. We used Lucidchart to design these workflows in order to ensure they were built according to our spec: 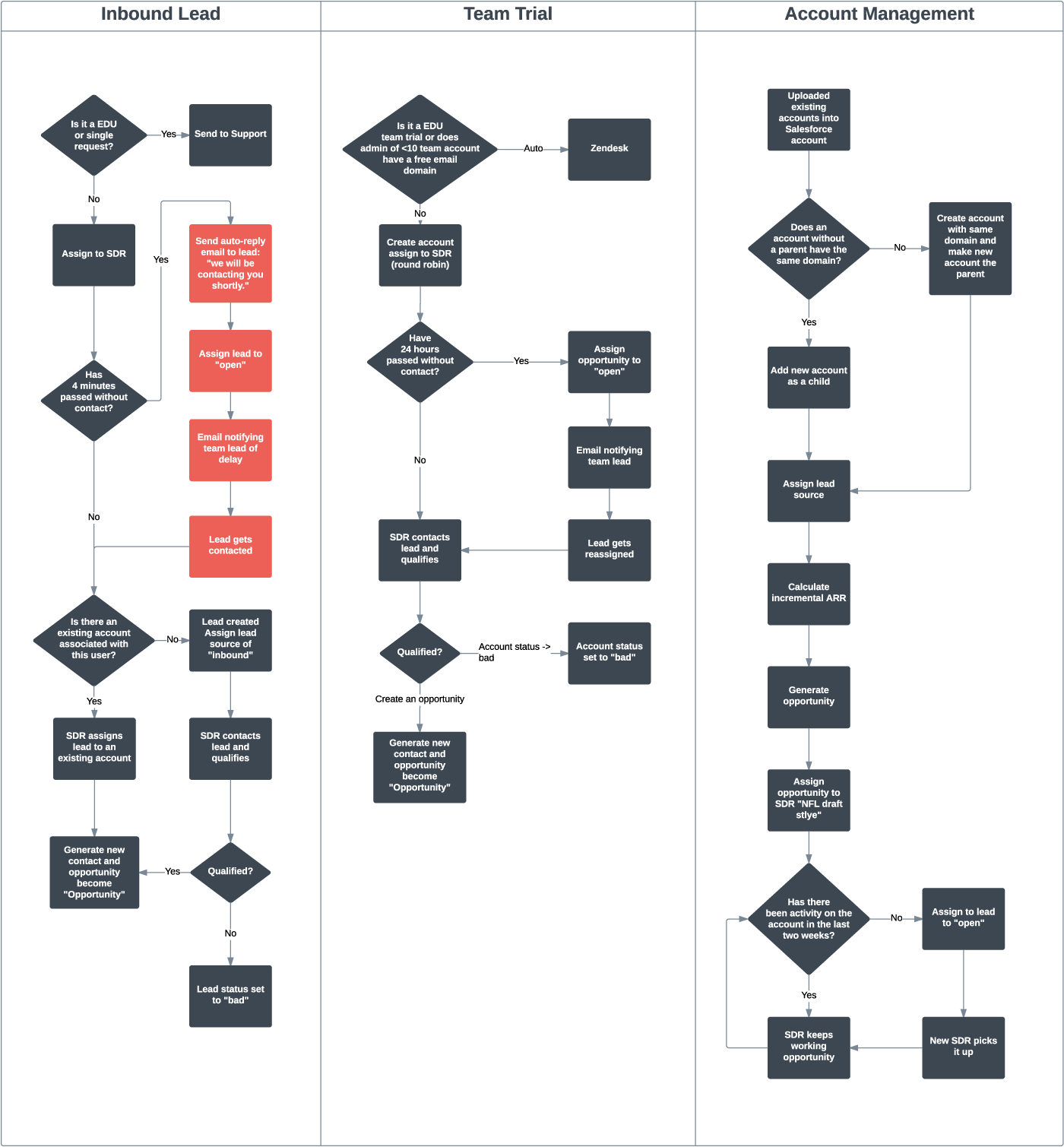 A key focus was designing workflows in Salesforce that automated certain activities. Below are a few examples of workflow rules that we mapped out in Lucidchart to incorporate into our Salesforce design.

We hopped on a phone call and were able to collaborate in real time with the Simplus team via a shared Lucidchart document. They utilized Lucidchart’s comments feature to communicate questions or edits when we were offline. The final piece of our Salesforce implementation was around the actual user experience. We were sensitive to designing Salesforce in a way that was thoughtful and yet had a level of organization. We utilized Lucidchart’s mock-up capabilities to actually design rough drafts of how we wanted the layout of our Salesforce objects to appear: 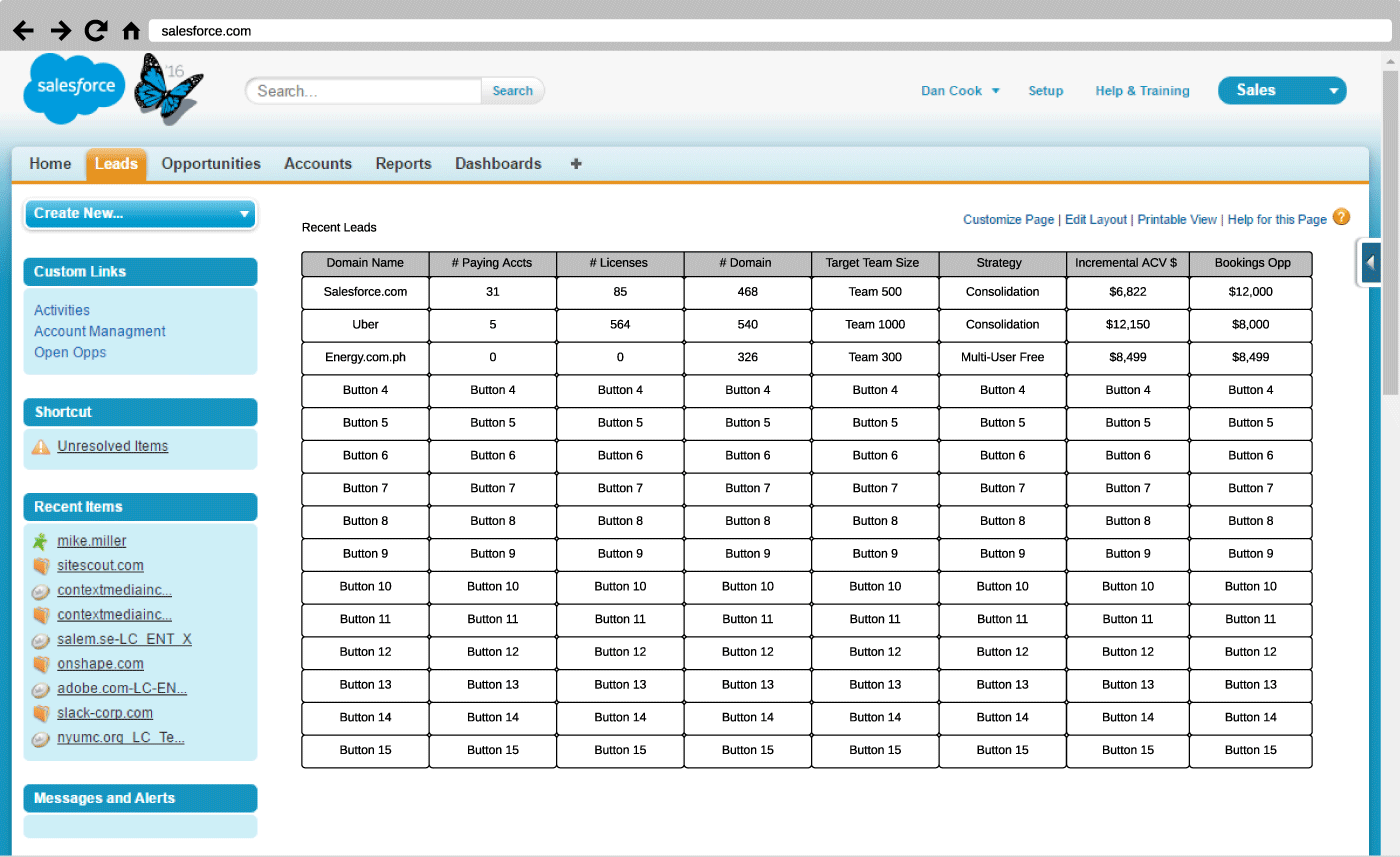 As a result of our doing some of this design work upfront, Simplus was able to spend more time building and less time on trial-and-error. While the end result looks very different from our rough mock-ups, our input provided Simplus with clarity and helped us beat our deadline for Salesforce deployment. The result of using Salesforce for managing and tracking leads and opportunities has been phenomenal. We’ve now built trainings in Lucidchart that help our new reps learn the workflow, and we’ve been able to scale our team far more quickly than would have been possible with my Google Sheets CRM. We crossed the CRM Rubicon and haven’t looked back since. Caesar would be proud.

4 steps to build a sales process flowchart and boost revenue