Vikram Medishetty is a master of data mastery. He works for Pearson’s global integrations delivery team, a squad of database engineers tasked with integrating multiple data sources into a single source of truth called MDM, or master data management.

Pearson needed an MDM solution to consolidate information from their diverse publishing and distribution centers located across the globe. Without an MDM, products and customers can be entered into their system multiple times resulting in duplicative and inaccurate data. In contrast, with the implementation of MDM, it’s possible for Pearson to run accurate business analytics and to provide a consistent experience for their global customer base.

To get MDM off the ground, Vikram spends his days working on databases. In his words, “We have a lot of source systems, we have a lot of target systems, and we are the center. Think of it like a telephone exchange. We get the data in, we process it, and we deliver it to somebody else. So on a day-to-day basis, we work with these patterns so that data can come into MDM where it’s going to get mastered with some other source system’s data.” 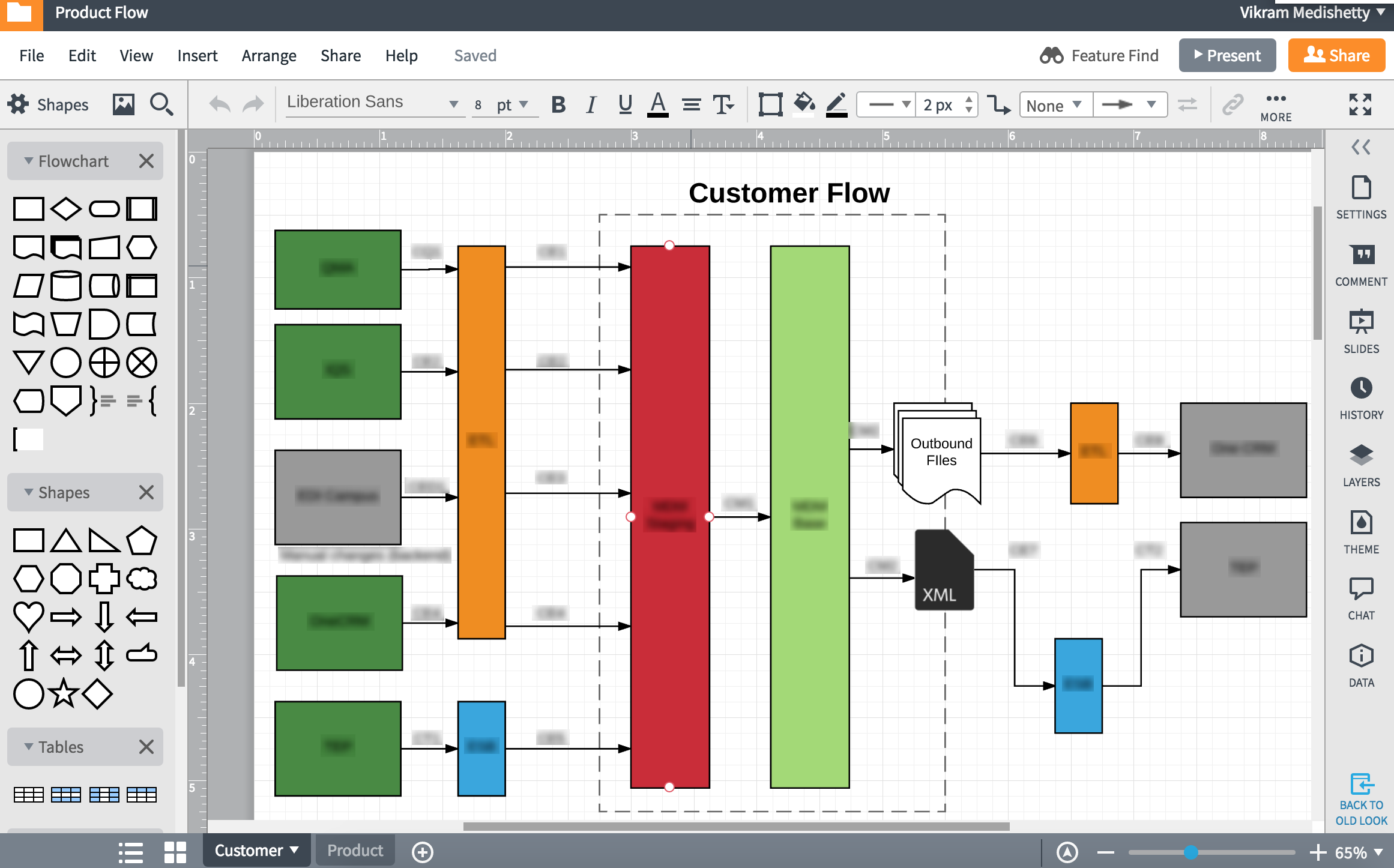 Mastering and delivering data can get complicated, especially when you’re juggling lots of data from many international sources. According to Vikram, “There might be 15 target systems, one MDM, and then a number of source systems. We get data from Asia, Australia, UK, all over the world.”

To effectively collaborate with colleagues located on the multiple continents where the data originates, Vikram uses Lucidchart. “There’s no physical interaction these days because we’re all over the globe. So we do Google Hangouts and we share the screen, and we can work on a Lucidchart document at the same time. We have a draft diagram on there, and then we ask them to comment and make changes on the fly.”

Do you work collaboratively with a dispersed team?

Work together better with Lucidchart.

In addition to building databases collaboratively, Vikram also uses Lucidchart to explain the process of data mastery so that everyone is on the same page. “My function is to reach across teams to show them what’s happening to the data. When we have to show them the grand scheme of things, like where and how their data is getting integrated, we present our diagrams and say, ‘This is how your data is coming in and getting amalgamated into the ocean of data.’”

Of all the tools available for visual communication, Vikram chooses to use Lucidchart because it is web-based and collaborative. “I first saw somebody using Lucidchart, and I said, ‘This is pretty cool.’ It’s not Visio. There are no files to worry about because it’s in the browser. That was a selling point for me. The ability for multiple people to simultaneously work on the same diagram while we are speaking is powerful.”

You could say that Lucidchart is more than just a productivity tool. As with Vikram, it can be the platform that brings the world right to your computer screen.