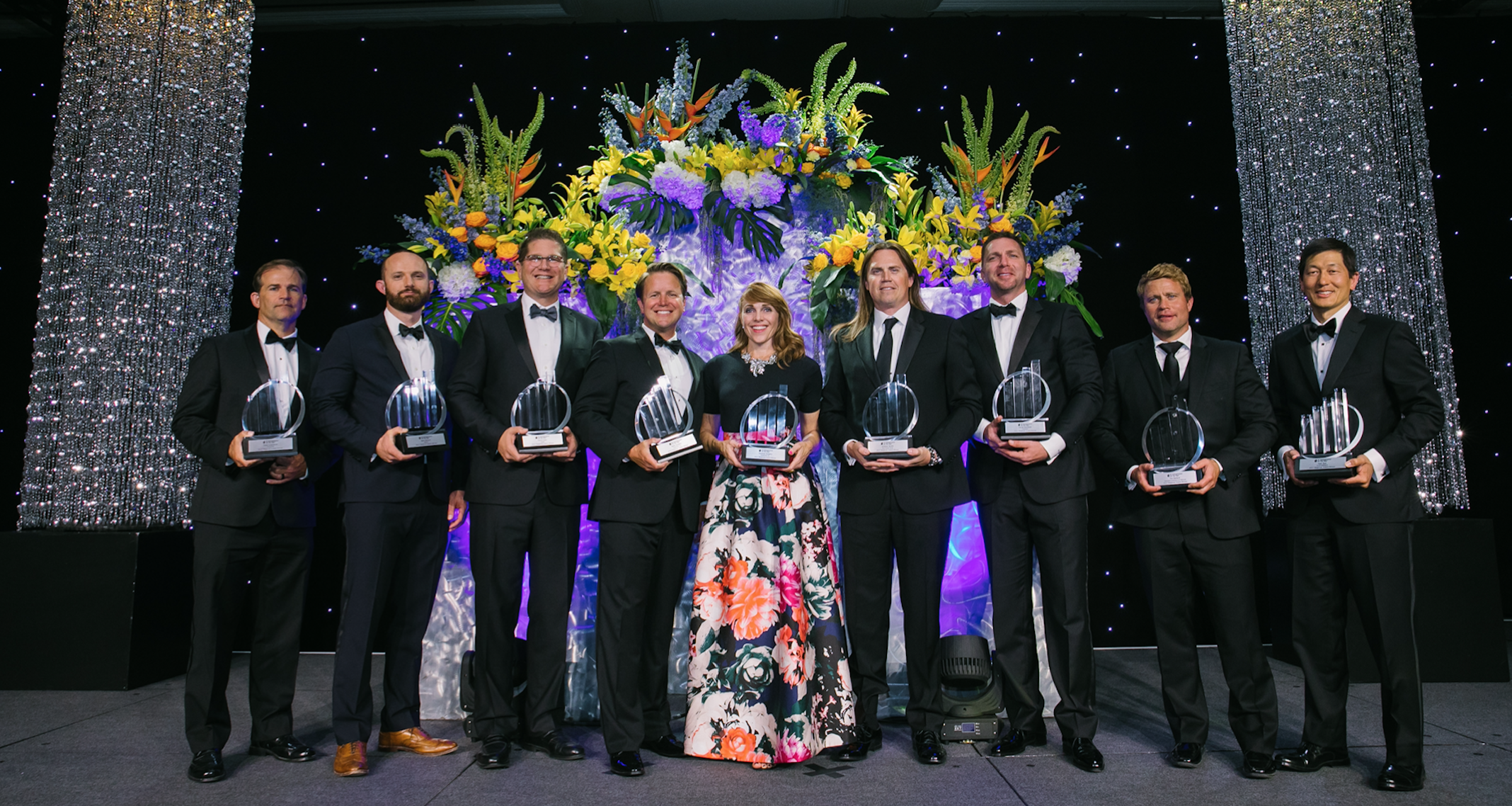 Last week, our CEO, Karl Sun, started the week off in France supporting his two daughters as they performed with their musical groups—one in a choir and one in a symphony. By Wednesday afternoon, he was on a plane back to Salt Lake City. After a nice 45-minute breather, Karl hopped in the car to make it to Bear Lake just in time for the Lucid company-wide retreat. Forget jet lag—he spent the rest of the week hosting nearly 300 Lucidites. 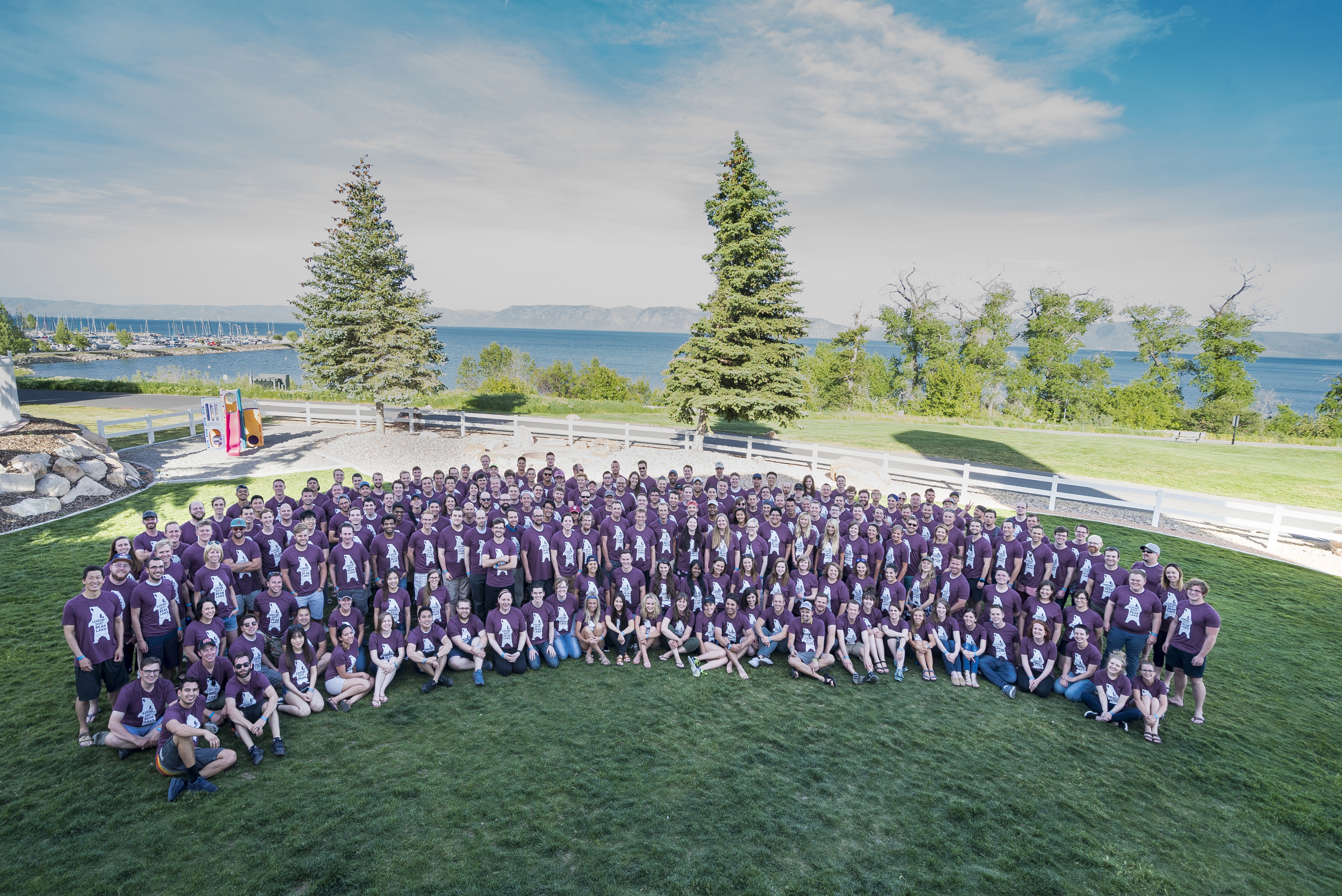 Once he came back from the retreat, he swapped his swim trunks for a tux to attend the EY Entrepreneur of the Year awards gala where he was named Entrepreneur of the Year in the Business Services category. Karl made the very long walk up to the stage and delivered a humble acceptance speech crediting his family and team for the success. Less than 24 hours later, he found himself back on a plane headed to St. Petersburg. 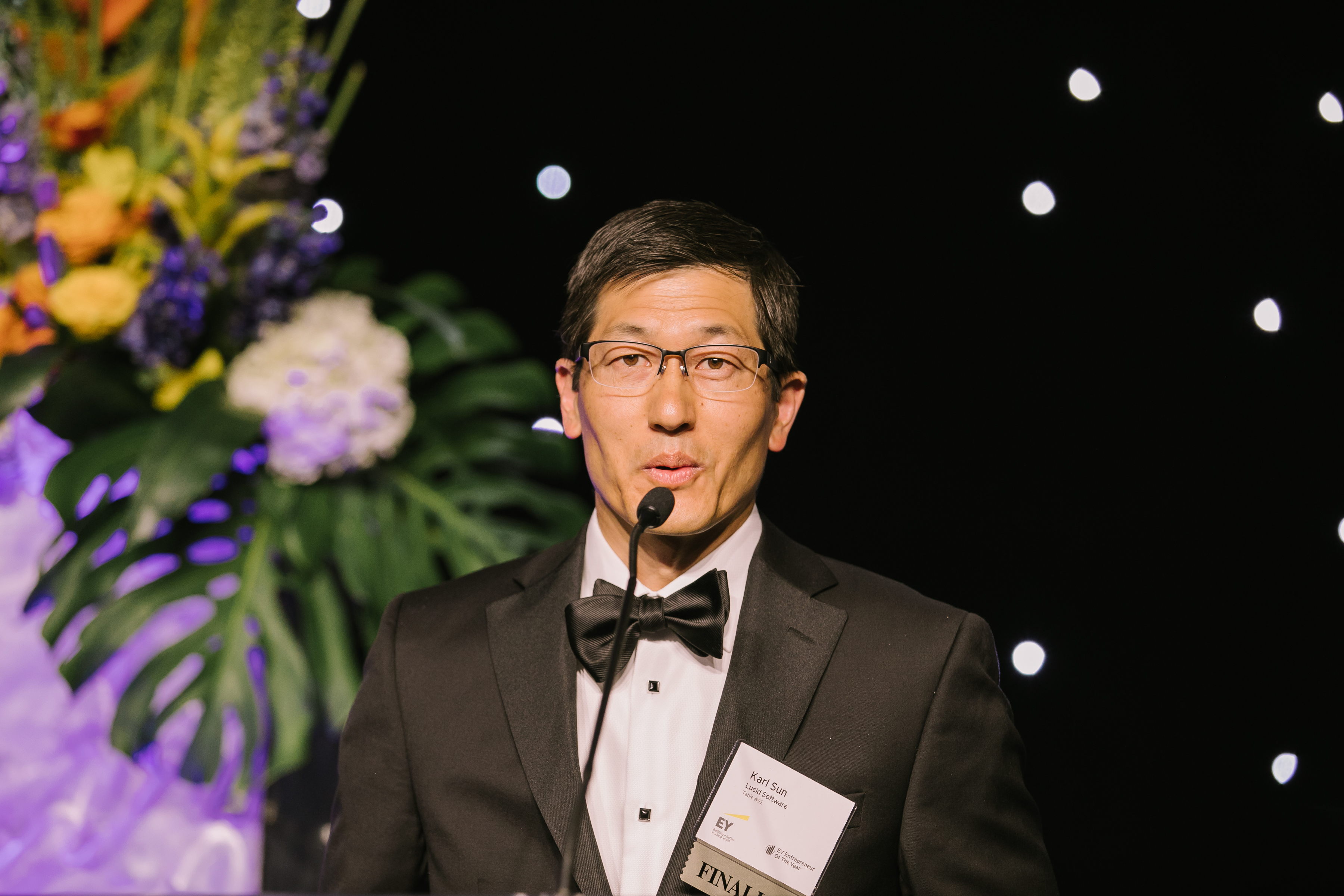 Talk about a whirlwind week. But when you take a look at Karl’s track record, you start to think that weeks like this might just be par for the course (and that Karl might be at least part superhuman). Take a look at his incredible story.

Karl attended the Massachusetts Institute of Technology, where he received a B.S. and M.S. in Electrical Engineering and Computer Science, as well as an M.S. in Technology and Policy. He then went on to earn his J.D. at Harvard Law School.

Following his graduation from Harvard, Karl worked as an attorney at both Venture Law Group and Perkins Coie LLP. He also served as law clerk to Judge R.C. Clevenger III. In 2002, Karl jumped headfirst into the world of tech and joined Google. He started as Head of Patents, opening the company’s patent department and setting the patent strategy. Three years later, he started the Google China office and led business development there. He then became the Investments Principal, leading Google’s investments in advanced wind and battery technologies.

While he experienced great success at Google, things changed direction for Karl when he met Ben Dilts. A young entrepreneur, Ben had recently released Lucidchart—a collaborative diagramming tool that he had single-handedly built—online as an alpha product. The product had been picked up by Lifehacker and garnered thousands of users within a few weeks. Ben met Karl as he was in the process of seeking advice and investment.

Extremely impressed with the product Ben had created as a lone engineer, Karl believed Lucidchart filled the current gap in visual collaboration. Confident that the product had potential if given the proper business development, Karl decided to join Lucid as full-time CEO, leaving traditional and profitable work opportunities to build this new company from the ground up.

After joining Lucid, Karl created the incubation state needed to build the business. Karl jokingly describes himself as “the first sucker to put money into Lucid,” convincing others to do the same in a “friends and family” funding round that followed. Karl secured a house so the fledgling company could “upgrade” from the living room of a student apartment into a chilly basement. Karl worked free of salary for an entire year until the company started to see significant revenue and investment.

From the mouths of Lucidites

And the rest is history—a history full of blood, sweat, and tears. Karl has done far more for Lucid than can be reasonably recounted in a blog post. But if you ask any Lucidite what impresses them the most about our CEO, they will likely tell you about his incredible focus on people. He has built a world-class team from eight in a basement to 300 in a brand-new building—always with a genuine concern for the individual. He still interviews every candidate before they join Lucid, and he makes an effort to connect with employees on an individual level even as the company grows at a nearly explosive pace. Through these efforts, he has built a team of people who truly want to live up to the high bar set for them.

Take a look at what the Lucidites who know Karl best have to say about him (you’ll find a common theme): 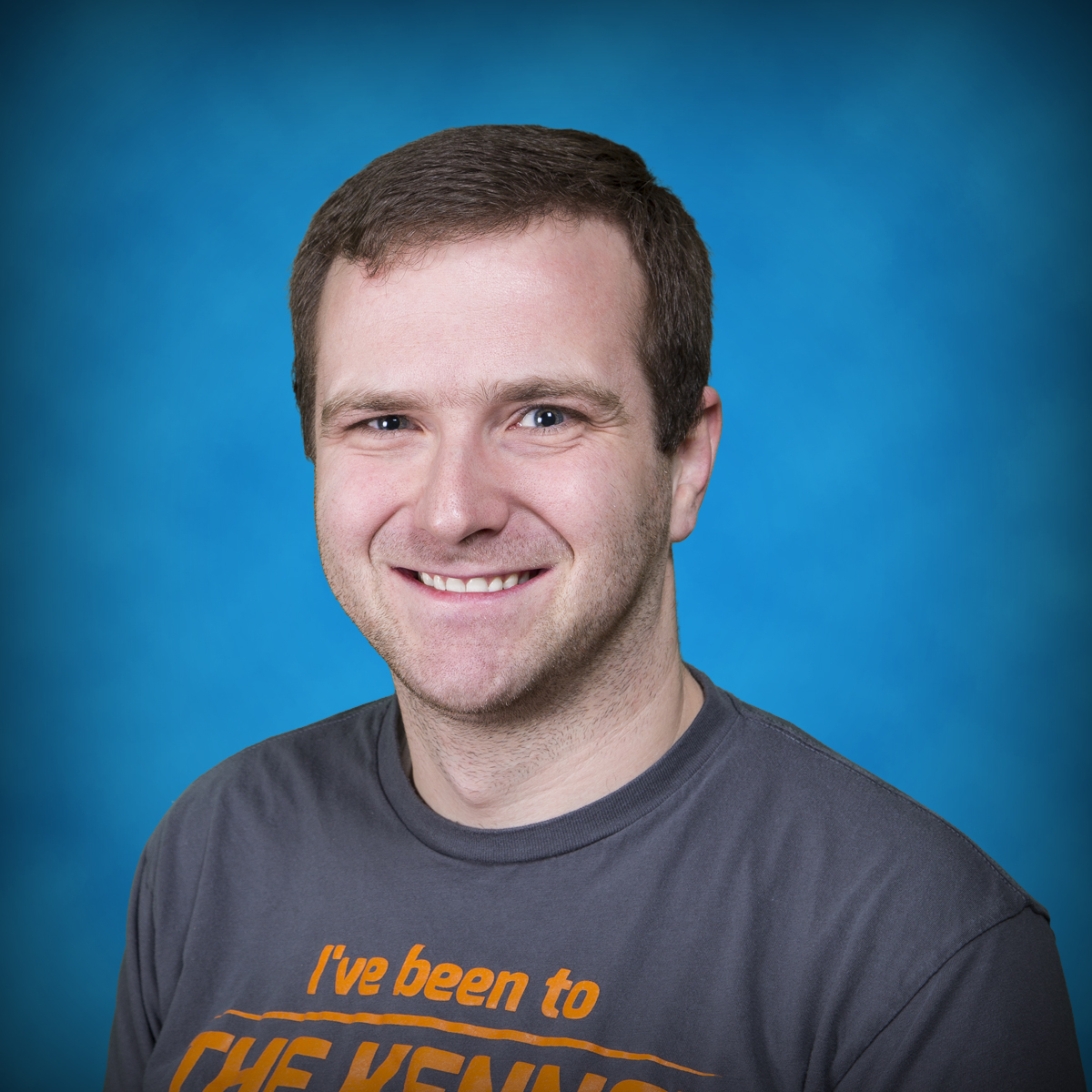 “Karl is endlessly self-deprecating. When we won the EY award, he told all of us there at the dinner that ‘you guys do all the hard work, I just go to lunch with people.’ He underestimates how ‘going to lunch with’ (i.e. recruiting and hiring) the right people is really what built the company into what it is today and that there might be no other person who could have done a better job than he has at it.”

Peter Chun, VP of Inside Sales 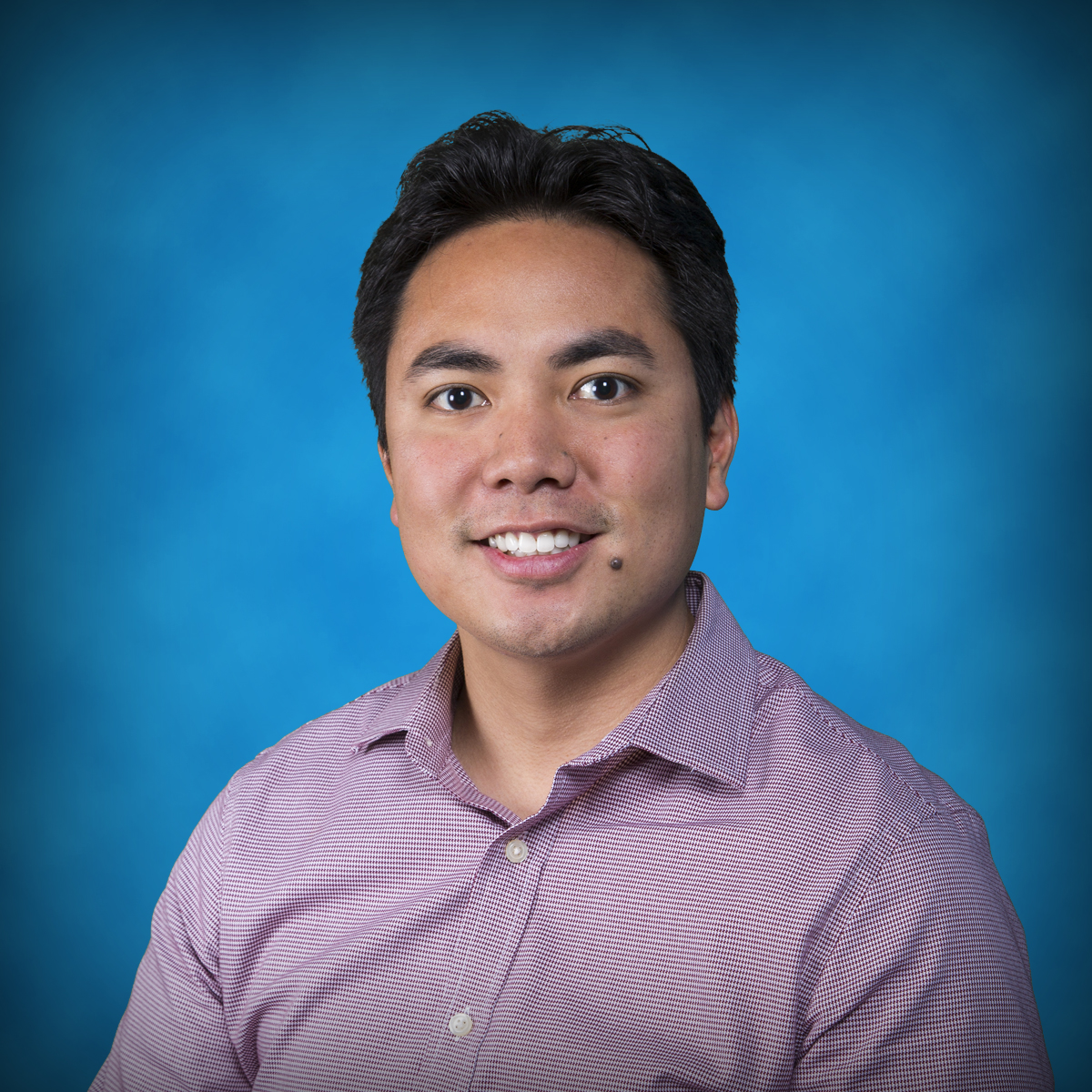 “Karl is a brilliant individual who understands every aspect of the business and is able to push us to perform beyond the limits of our abilities. As a leader, Karl genuinely cares about every member of the team and empowers all of us to do our best work.” 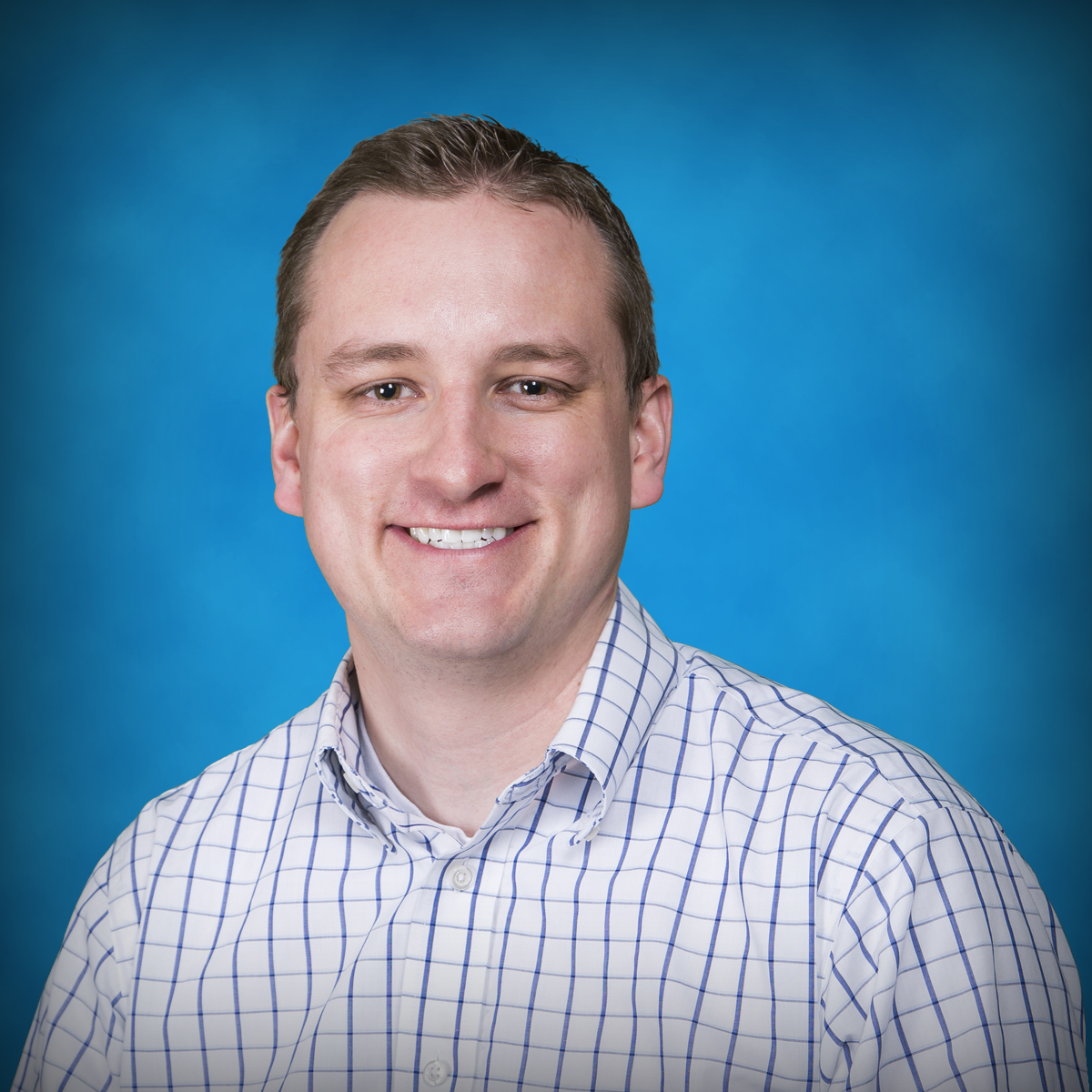 “What I admire most about Karl is that he is very low ego. One thing that never ceases to impress me is how he interviews every single candidate before they get an offer. Coming out of of that, we see a typical response from the candidate: ‘I am so glad I got to meet Karl. I didn’t realize he would be so down to earth and humble, and he seems like he’ll be a great person to work with.’ And he is.” 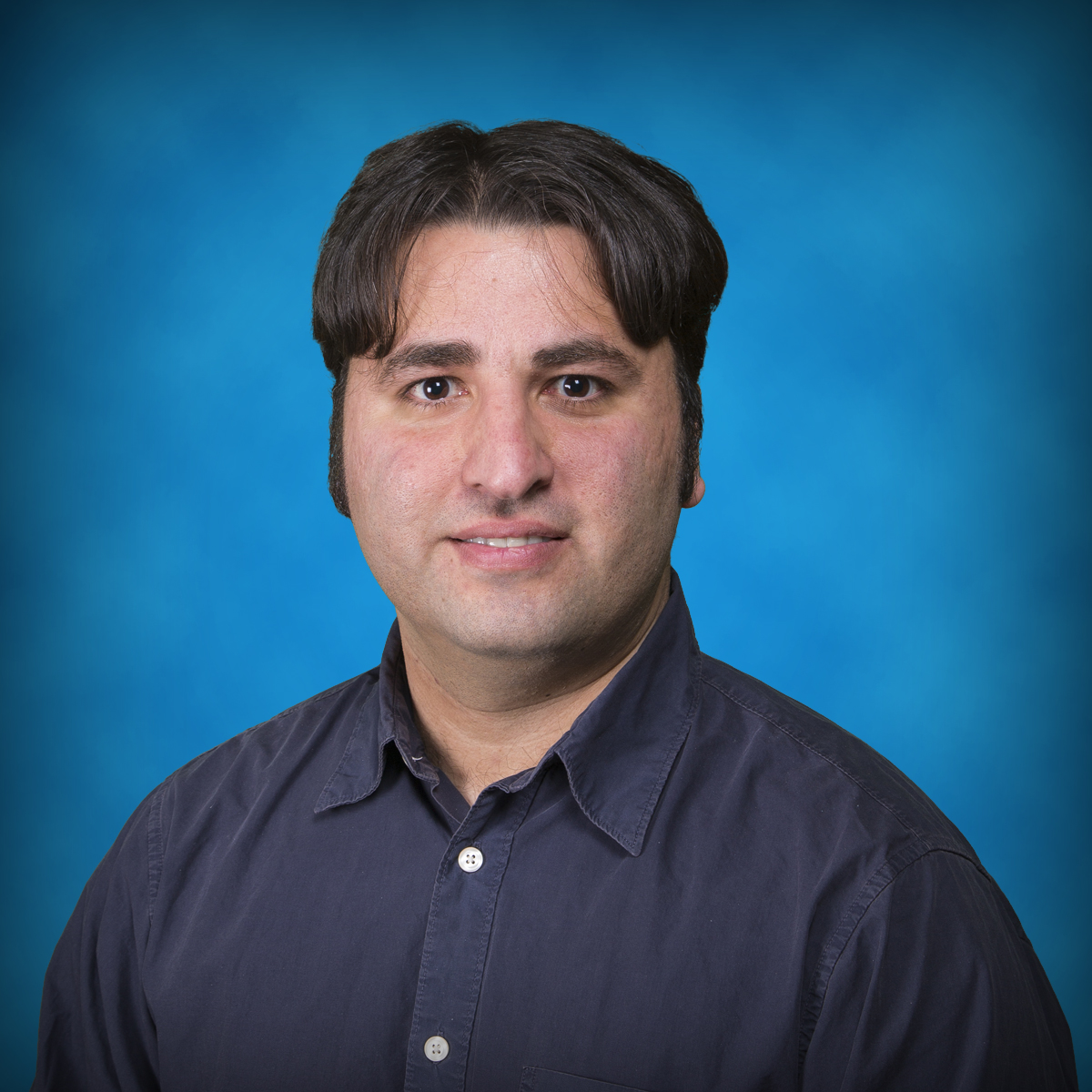 “What I admire most about Karl is that despite his many responsibilities, he continues to make the effort to connect with everyone at Lucid individually. He once called Remy, a newer member of my team, to invite him to go skiing with him the next morning at Snowbird—Remy's been beaming (and bragging) ever since. And despite our massive growth, Karl continues to interview and recruit applicants to my team, including summer interns. I lead Lucid Software's efforts to support our users. What sets Karl apart as a leader is that he is the biggest advocate for our users which impacts every product decision and has made my job infinitely easier.” 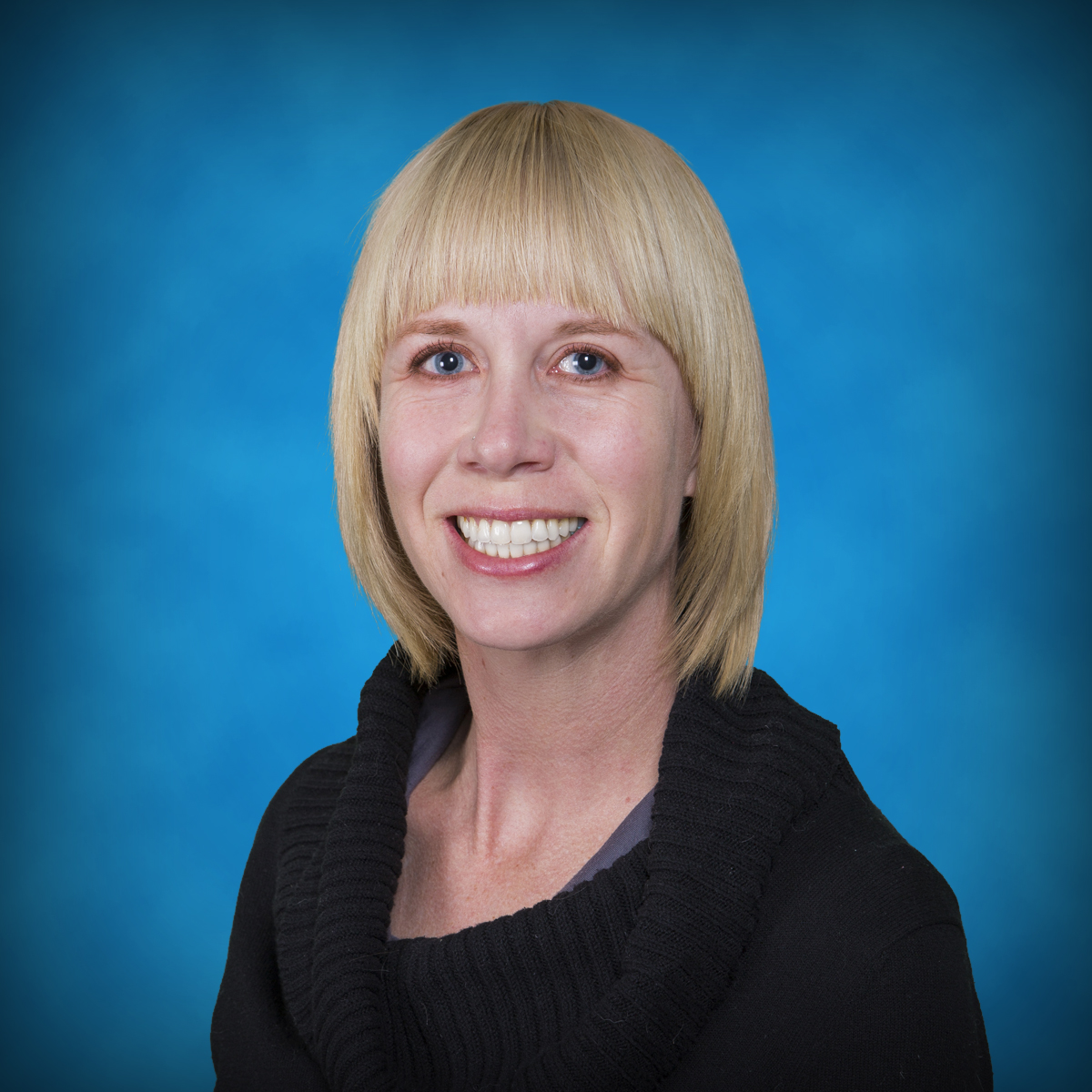 “Karl is invested in the people at Lucid, and his plentiful generosity is matched by his high expectations for commitment and dedication to building the best company, best product, and best workplace.” 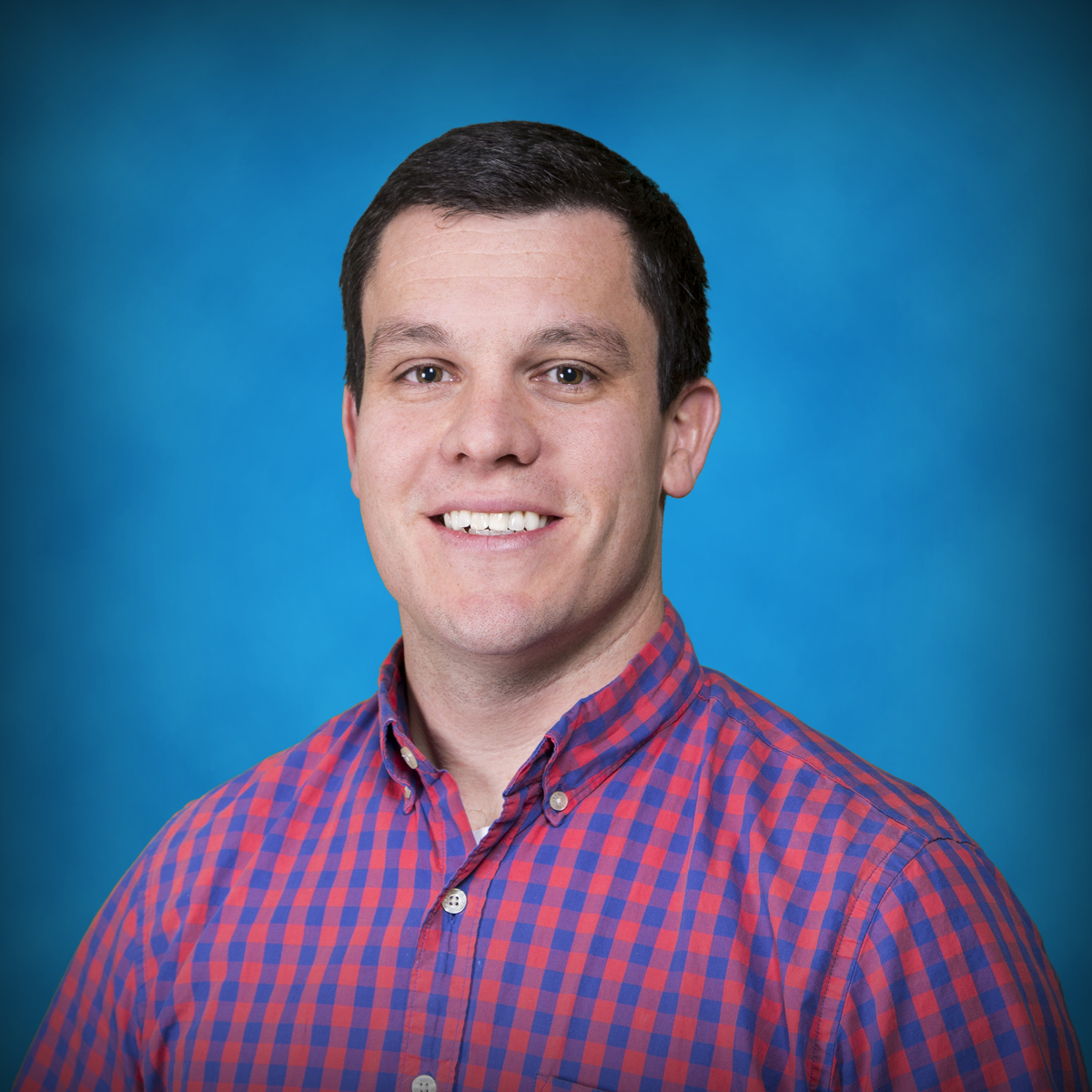 “Working with Karl has been an incredible learning experience. His focus on attracting the best people and then putting them in positions where they can succeed has been a key component in making Lucid a success and a great place to work for me personally.” 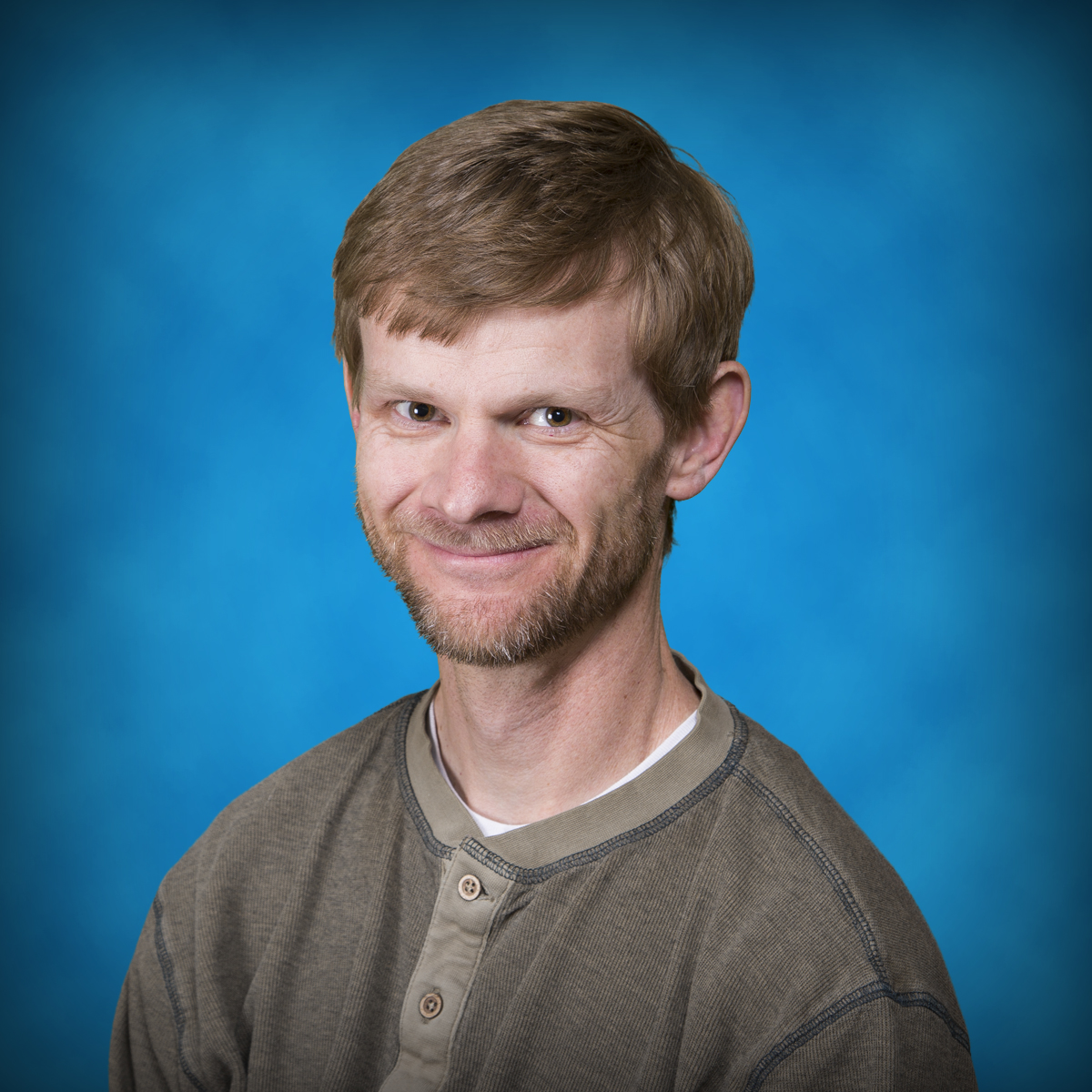 “I’ve learned a lot from Karl over the years, but more than anything else, the insight that stands out to me is that having the right team is what matters most. Karl is passionate about finding the best candidates for every position, then working hard to ensure they join and stick with the Lucid team.”

These quotes would be echoed wholeheartedly by all of us here at Lucid. We know we scored the lottery when it comes to our leadership team. So here’s a big congratulations to our fearless leader—and here’s to hoping this week’s at least a bit less crazy than the last. 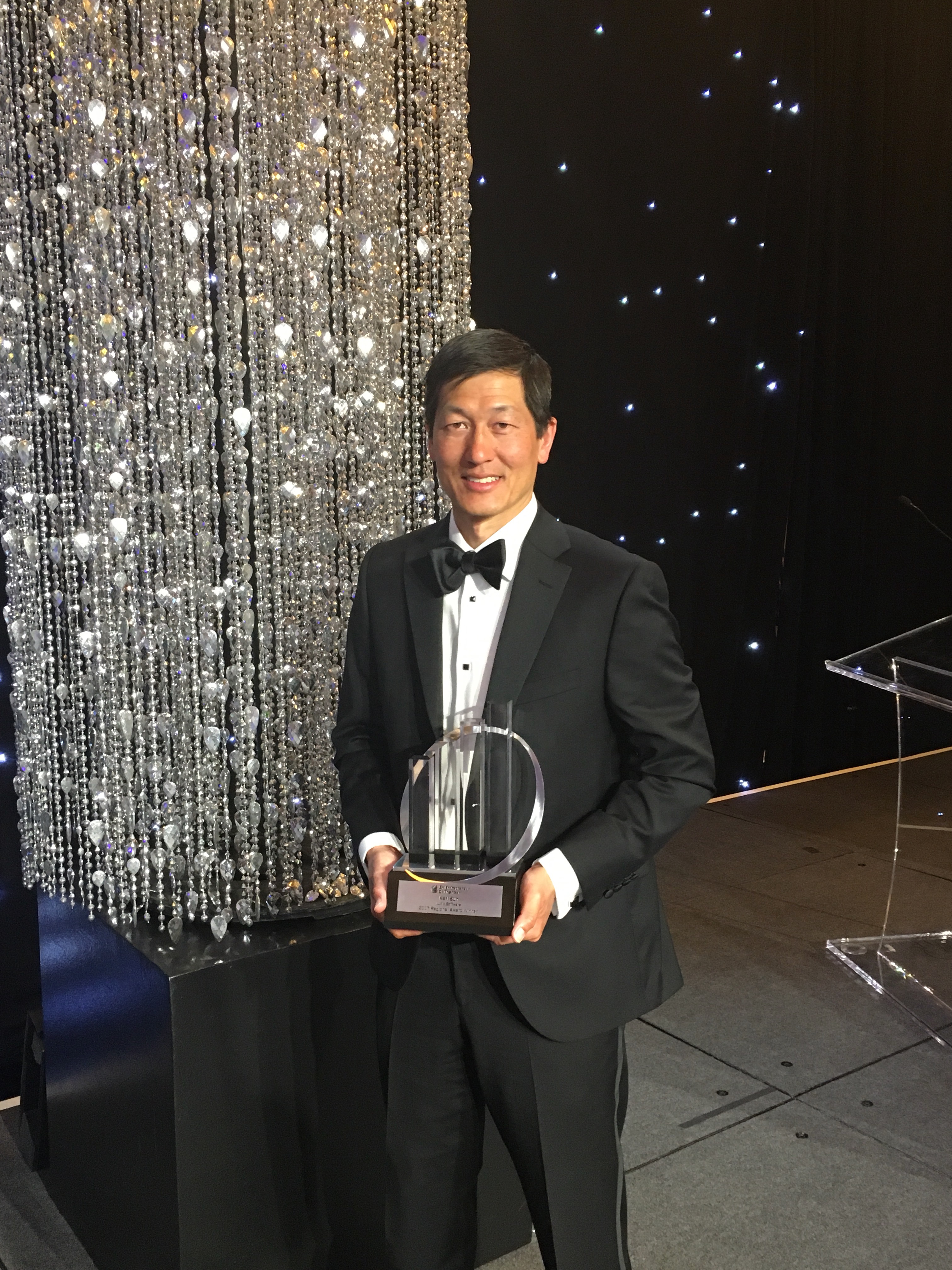