Here at Lucid, we geek out whenever we talk to customers who use Lucidchart to make their work better. We recently had a chat with a friend of ours named Matt and are excited to share his story with you.

The need to diagram

Matt works as a software architect with responsibility for guiding cloud-based development for a large, multinational corporation. When developers produce applications for the cloud, Matt designs the AWS cloud architecture that will support them. As part of this role, Matt needs to create a universal vision for developers to work toward and help individual teams understand how their piece of a project fits into a larger system.

Lucidchart is the diagramming tool that helps Matt communicate technical information effectively and collaborate with a highly diversified team.

Try Lucidchart with your team!

Matt has found that diagrams help him effectively communicate his architecture proposals throughout the company. “I talk in pictures,” says Matt. “That’s how I communicate across the organization. The first thing I do before I propose something is throw a picture together.” And when he throws a picture together, Matt chooses Lucidchart. He diagrams on a daily basis, taking advantage of Lucidchart’s AWS shape library to build architecture diagrams that will help him convey technical information quickly. 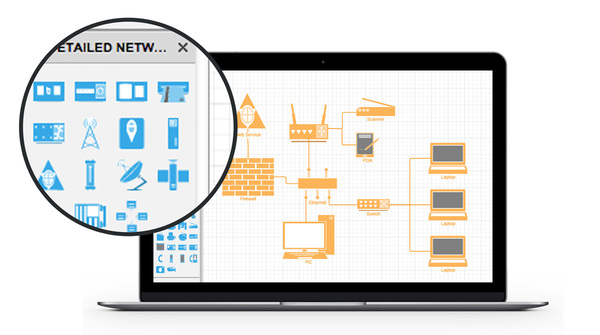 Lucidchart allows Matt to communicate the right amount of information whether he is talking to non-technical stakeholders or highly specified development teams. With his diagrams, Matt says that he is “able to share the context of an entire system and easily show it to the teams working on each piece. High-level views of a system can be zoomed in for details.” No matter the occasion, Matt is able to make a diagram to match his target audience. He can help developers step back and see the big picture as well as educate collaborators on specific requirements.

Efficient communication is essential for Matt. “It’s a big time waster if you can’t communicate effectively. When people don’t understand and you go back and forth, you become way less productive.” Although it’s difficult to estimate the cost of confusion you have avoided, Matt says that he would measure the value of Lucidchart in terms of increased time and greater efficiency.

Collaboration within a complex enterprise

As Matt’s corporation has grown multinationally, it has become an extremely large, globally diverse company. Finding ways to collaborate in this environment has been challenging. For example, Matt is located in the US, but works closely with partners in London. Effectively sharing information internationally has been a challenge, but Matt has found that Lucidchart has been able to do it best. “We use Lucidchart quite a bit to collaborate on architectural visions and patterns for how we’re going to build our applications going forward. It’s easier to share information.” 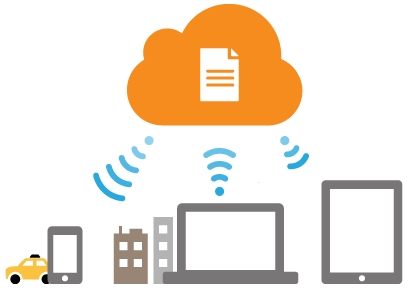 Lucidchart has shapes for all sorts of network architecture including AWS, Google Cloud, Azure, and Cisco.

A self-described “tool junkie,” Matt always looks for the fastest and best tech tools and frequently advises his co-workers about purchasing applications. “I was a really heavy Visio user,” says Matt. “It was really fast and really nice, but then compatibility became an issue.” Since Visio was made for the Windows operating system, Matt was unable to use Visio when he bought a Mac or share his diagrams with other Mac users at work. After Visio, he tried OmniGraffle, which also worked great but presented a key issue. “Sharing has always been the problem. Creating PDFs and uploading them to our document management system— all of that has been extra work. I think that’s where Lucidchart really started standing out for me.”

With Lucidchart, Matt is able to share diagrams and work on them in real time with multiple participants across the globe. “It’s not uncommon to have multiple people editing the same document at the same time,” he says. Even though there are multiple editors, he never has to worry about losing his changes. “It’s extremely valuable to see multiple people in a document making edits and have the confidence that it’s not going to mean that I lost my changes.” Not only that, Matt no longer has to spend time tracking down the latest version of a document, and sharing his diagrams is also simple. “Easy deployment and sharing of a diagram has just been clutch,” says Matt. “All the stuff Lucidchart does around publishing, image format, PDFs, and presentation view—we use that all the time.”

Learn more about the many ways to share diagrams with Lucidchart.

Matt is a proficient diagrammer. He has tested all the major diagramming tools available. But after going through them all, Matt has chosen to use Lucidchart because it is the diagramming solution that enables him to communicate efficiently and work collaboratively with his teammates, even when they are spread across the globe.