Lucidchart Goes Viral: The Success of the Doggos

If you had told us two years ago that a video of a flowchart explaining doggos would give us our first experience with virality, we probably wouldn’t have believed you. And if you had told us subsequent videos about bunnos, sneks, and cattos would result in a viral campaign exposing millions to Lucidchart, we would have called you downright crazy. Turns out the joke’s on us.

We have a Slack channel at Lucid called “Bad Ideas”—it’s a safe place for anyone at the company to throw out creative ideas with zero judgment. About a year ago, one of our engineers threw out the crazy idea of creating a flowchart using Lucidchart to explain the popular Internet meme around “doggos.” While not our traditional marketing vein, our creative team decided to see what they could put together. They cranked out a short video that explains doggos using a Lucidchart diagram and asked our CMO for permission to publish. To everyone’s surprise, the video blew up overnight. It garnered 20 million views in just seven days and has 34.7 million views, 410,341 comments, 1,071,228 likes, and 462,860 shares to date.

So the team kept going, creating flowchart explanations for other Internet memes, such as cattos, nopes, and sneks, as well as other trending topics, such as Star Wars relationships, tech jargon, bitcoin, Fortnite, and emojis. The team even launched an international video in Spanish for the World Cup. We have 35 videos so far, and they just keep going viral.

Today this campaign, coined “Lucidchart Explains the Internet,” has over 250 million views—we have started experimenting with some paid promotion, but the views are almost entirely organic. We’ve had a 600% increase in our YouTube watch time and 40 times the number of YouTube subscribers, going from 2,000 to 90,000 subscribers in a single year. Our Instagram presence has skyrocketed, and one of the most recent videos posted on the platform received one million organic views. The videos are relatively inexpensive to create and easy to get out there—our average cost per view is unheard of at less than $0.001 per view.

The campaign has been recognized both nationally and locally for its success. It was featured in both AdAge and Adweek, with Adweek calling it “the only ad campaign that truly mattered in 2018.”

The campaign won a Finny for video content at The Killer Content Awards and was named best digital campaign at the Utah AMA Awards. It was also honored in Vidyard’s 2018 Video in Business Awards. 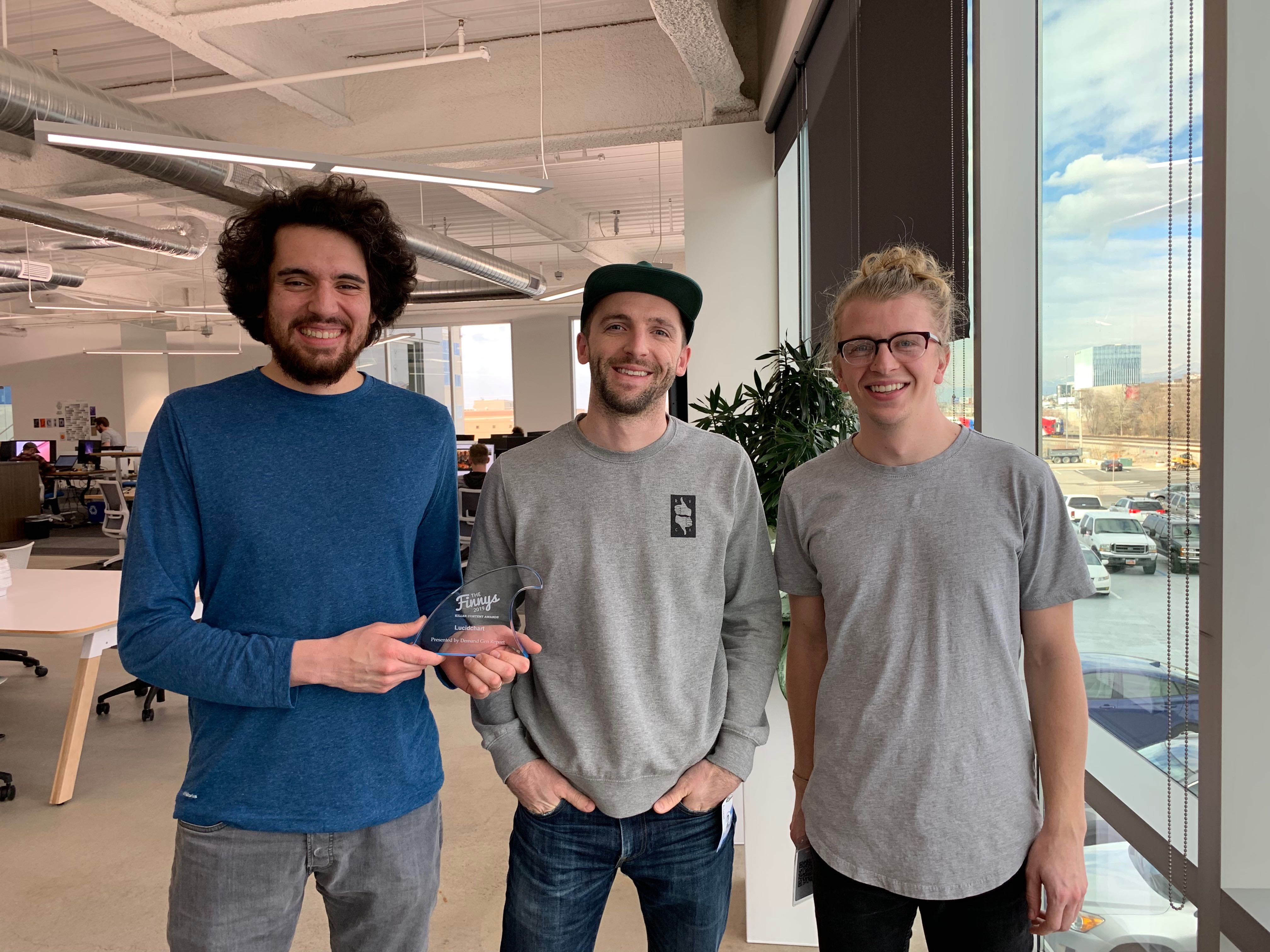 Beyond these hard numbers and tangible successes, this campaign has resulted in a significant increase in brand recognition and positive brand affinity, introducing the idea of diagramming to people who were nowhere near that universe before and would never consider themselves “diagrammers.”

People watch these videos because they're enjoyable—they highlight the Lucidchart product in a creative way without being in your face. Rather than shoehorning the product into creative content, the product is the content. These videos help people remember that they can communicate visually in nearly every situation to get their point across effectively.

An employee was wearing a Lucidchart T-shirt while on a business trip in London, and a store owner said, "Oh! You're from that company that makes those videos!" Our sales reps are often on calls with customers who first heard about Lucidchart through the videos. We know these videos are out there being seen, and we’re seeing the halo effect.

Our CMO credits the success of this campaign to the company’s culture of experimentation. The team at Lucidchart is open to trying new things and giving employees autonomy to run with big ideas. We honestly didn’t think that first video would amount too much, but we gave it a shot—and are certainly glad we did.

What Is a Pupper? [Video + Diagram]