The FTC Robotics Team: An Award-Winning Use of Lucidchart

FTC Team Tardis, a high school robotics team, discovered Lucidchart right as they learned they would advance to the regional championship for the 2017-2018 SUNY Polytechnic robotics competition. The team knew they would need to try something they had never done before in order to succeed at the championship, so they decided to use Lucidchart’s professional diagramming platform to visualize the engineering behind their robot.

The high schoolers had already acquired the necessary skills and knowledge to compete in the competition, but Lucidchart allowed them to really showcase their successes to the judges through process diagrams, SWOT analysis diagrams, and class diagrams. 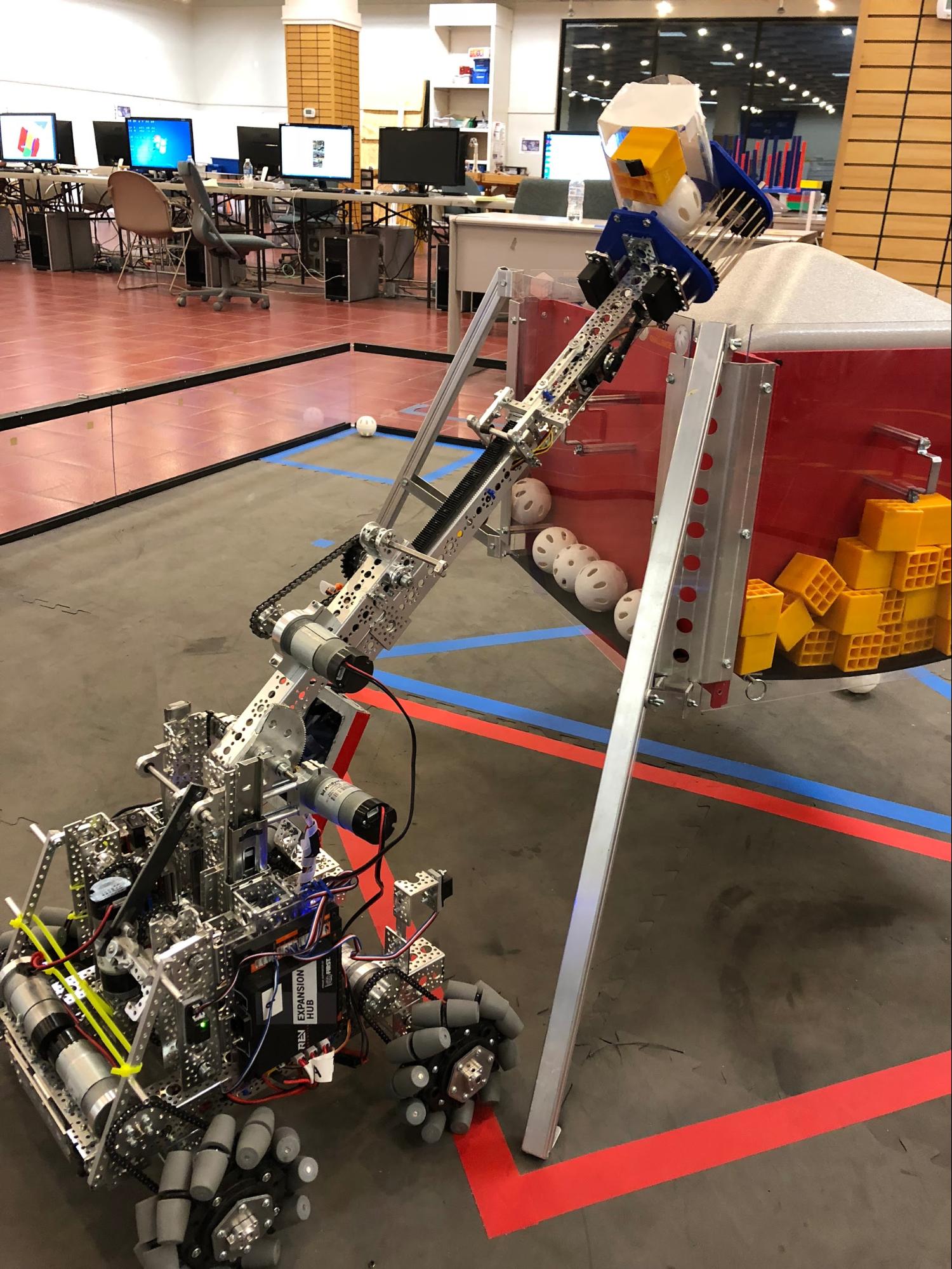 What it takes to succeed at a robotics competition

This team of 12 high schoolers decided that they didn’t just want to build any regular robot. They saw the competition as an opportunity to design a robot that demonstrated the extent of their technical skills and creativity; thus, the team began searching for tools that enabled them to effectively plan and implement their goals.

Participating in a robotics competition at any level requires a tremendous amount of effort and resources. Succeeding at a championship-level robotics competition requires meticulous planning, critical thinking, and organization. High school robotics teams need to work together to design, program, and build a robot that can perform a set of skills specific to each competition. For example, the robots competing at the 2017-2018 SUNY Polytechnic competition needed to stack six-inch foam blocks in a grid-like container. On the other hand, for the 2018-2019 competition, the robots needed to recognize different colored balls and then move the objects to associated buckets.

The robots from each team compete against each other to put the effort and expertise of each team to the test. Not only do robotics teams need to carefully calculate the mechanical engineering needed to build a robot, but they are also required to submit detailed engineering notebooks containing information about the robot itself, the control functions, and the processes the team followed to prepare for the competition. These engineering notebooks are submitted to the judges and significantly impact a team’s overall success in a competition.

Previously, the team used Microsoft applications such as PowerPoint to organize their engineering notebooks, using the limited shapes and arrows provided for presentations. However, PowerPoint is built for slideshow presentations, not advanced modeling, so the process of creating content for an engineering notebook on PowerPoint took tremendous amounts of effort and time—time and effort more wisely spent elsewhere. The team came to the conclusion that there had to be a better solution for their needs.

After a simple Google search for a diagramming software, Madison discovered Lucidchart, a cloud-based diagramming software and productivity platform, and saw it as the perfect tool to organize their internal team processes. Upon creating an account and playing around with shapes and arrows on the canvas, FTC Team Tardis realized that Lucidchart could do more than they originally anticipated.

Not only could the team use Lucidchart to visualize the complex programming needed to build a robot, but they found they could also use Lucidchart to make their engineering notebook stand out from other competitors. The team created intricate charts and diagrams to explain their designs and processes and included these visuals as part of their engineering notebook. Madison explained how Lucidchart’s intuitive design and drag-and-drop interface made it easy to learn how to use the platform. She found that “Lucidchart perfectly conveyed what we were trying to do.”

The regional championship for the 2017-2018 SUNY Polytechnic competition consisted of 24 teams, totaling over 300 people, competing for only seven awards. By the time the competition started, FTC Team Tardis had already created various diagrams in Lucidchart designed to help them succeed. Specifically, the team used Lucidchart to create a diagram for their engineering notebook explaining how their robot’s control operates.

FTC Team Tardis created the diagram shown above to visualize the various functions of their robot’s control. Robotics teams need controls to tell the robot how to act in certain situations, but because the robot can perform a combination of tasks depending on external conditions, it can be difficult to explain how the control functions in writing alone. Visual representations, such as this process diagram, can help judges truly understand the complexity of a robot’s control functions.

At Lucidchart, we believe that visual thinking can give people sharper insight into technical processes, which leads to overall improvements in productivity and effectiveness. Rather than writing a paragraph to explain how a robot will react to each possible condition, this diagram uses lines to represent the various possibilities, allowing the judges to quickly follow the chart to understand the logic and programming of the robot. Specifically, for the SUNY Polytechnic competition, the teams needed to design a robot that would react differently upon encountering different colored objects. Therefore, in the control section of their engineering notebook, FTC Team Tardis included this diagram, which explains that if the object is red, then the robot will react in one way, but if the object is blue, then the robot is programmed to respond differently. 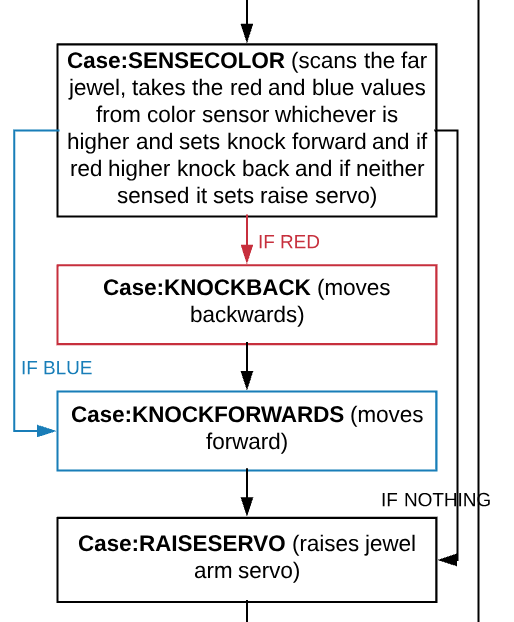 When reflecting on how Lucidchart contributed to their success at the 2017-2018 SUNY Polytechnic competition, FTC Team Tardis commented on how Lucidchart allowed them to understand and visualize the complex, conditional relationships that are inevitable in robotics. One team member said Lucidchart is “a really big win for engineering notebooks” because it allows high schoolers to easily present their work in a professional format, which makes the team as a whole appear more experienced. 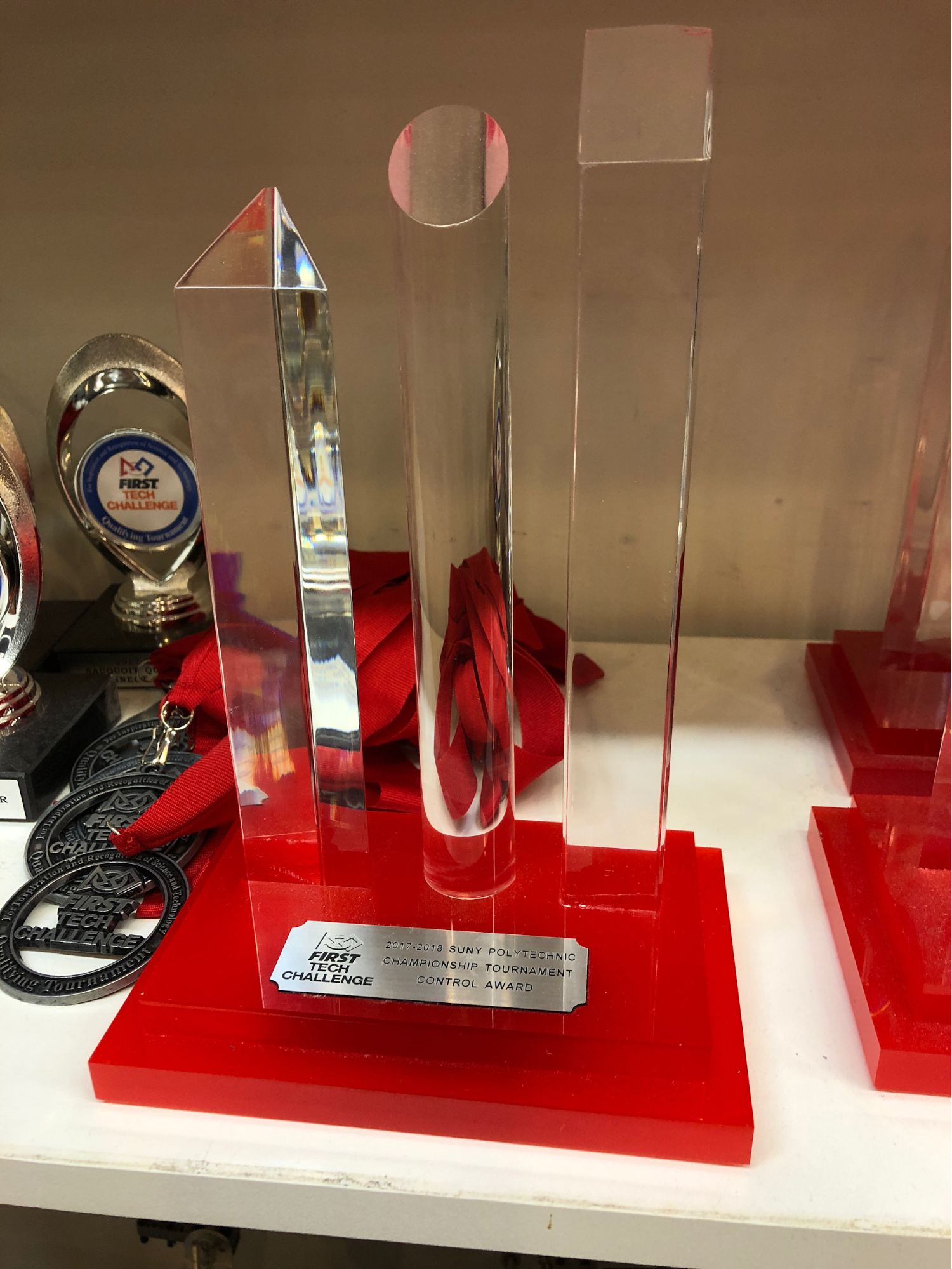 Team Tardis is excited to continue using Lucidchart during the 2018-2019 robotics season to prepare for competitions, and they pointed out how, since finding Lucidchart, they have discovered new and creative ways to incorporate visual thinking into their workflow. FTC Team Tardis now uses Lucidchart to create SWOT analysis diagrams, which allows them to analyze their areas of success and find space for improvement. They also use Lucidchart to create class diagrams using Unified Modeling Language notation.

Want to create your own diagrams? Sign up for a free Lucidchart account and get started quickly with our SWOT analysis and UML class diagram templates.

The team feels grateful for finding Lucidchart and wants to spread the word to other robotics teams. They noted that it almost seems as if Lucidchart was built specifically with robotics in mind. However, anyone can benefit from the collaborative visual thinking made possible with Lucidchart; its intuitive interface and cloud-based server are just the cherries on top.

If you’re looking to improve your performance at robotics competitions or in school by thinking visually with Lucidchart, follow the advice from FTC Team Tardis and “just do it, bud!”

Please reach out to support to get started with a free educational account and feel free to share your own Lucidchart story with me at pcarrizosa@lucidchart.com! 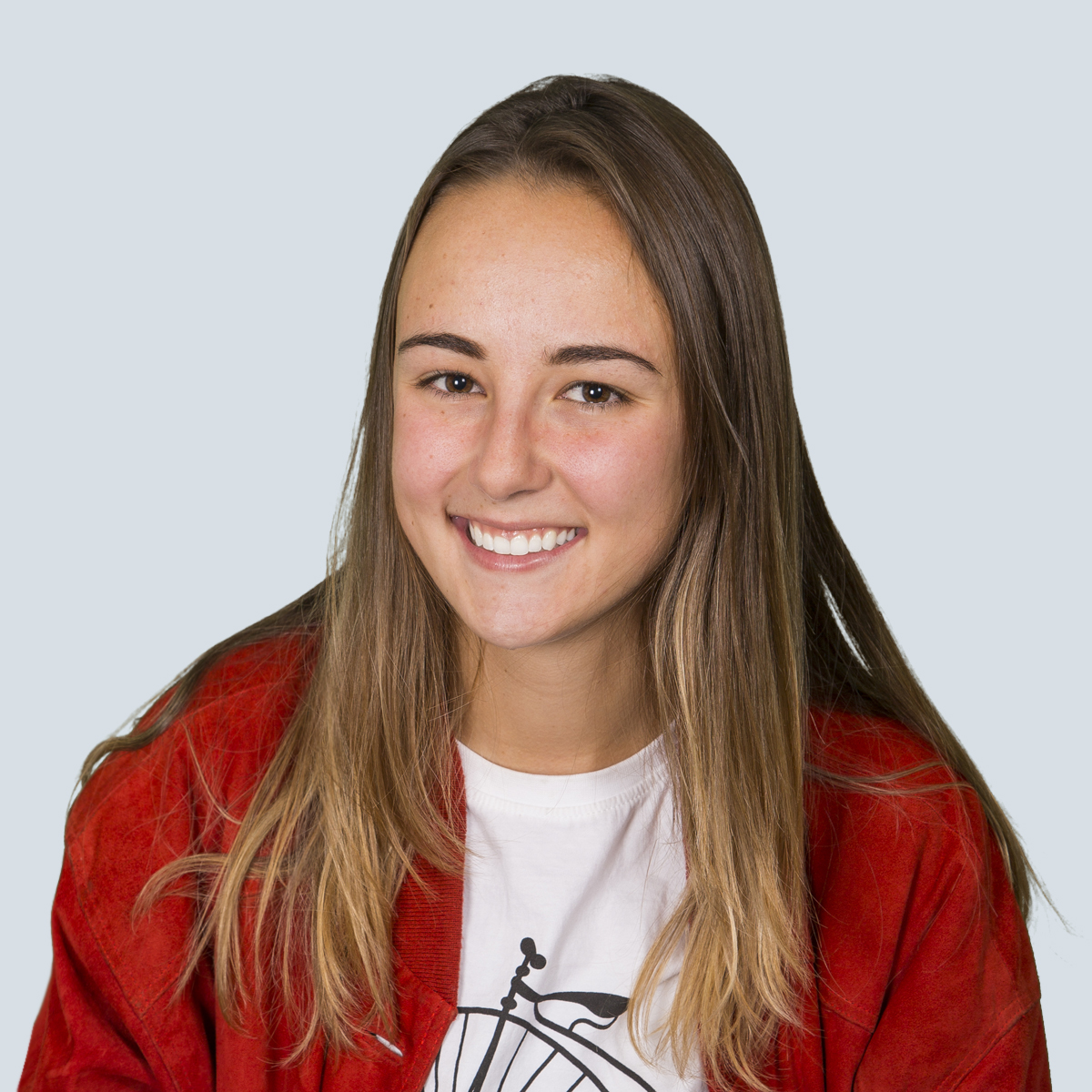 Paula Carrizosa is a recent English graduate from the University of California, Berkeley and currently works as a content specialist on the customer operations team at Lucid Software. In her free time, Paula enjoys writing and reading poetry, practicing yoga, and playing with her kitten.

Preparing for a Lifetime of Learning: A Medical Student’s Lucidchart Story